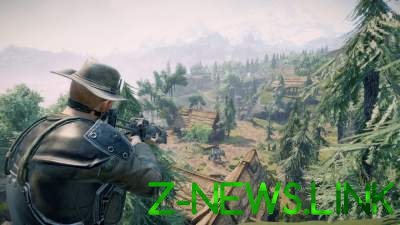 According to the official description, Clerics dwell in a volcanic region Ignatane.

You may have already forgotten, but on October 17 of this year, THQ Nordic and Piranha Bytes (Gothic series, Risen) release on PC, PlayStation 4 and Xbox One’s ambitious action role-playing open world ELEX, which are mixed and the post-Apocalypse, science fiction, and magic.

Recently, the developers apparently were too busy producing the game, so not often indulge us with a video. And now they had a moment to acquaint future users with the third faction heroes ELEX — Clericale (The Clerics). Two other Berserkers and Exiles.

According to the official description, Clerics dwell in a volcanic region Ignatane, on the site of a meteorite. Followers of God Kalhana, they believe that the absorption of Eleks in any form is a sin. However, this does not prevent them to use it to power their advanced machinery. Keepers technologies Magalona believe not only in Kalhana, but plasma weapons, mechs and power for industrial development.