The theory of relativity have checked close to a black hole 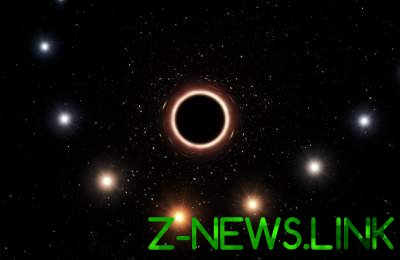 The very close passage happened on may 19.

The close approach of a star near a supermassive black hole at the center of our Galaxy provided the first opportunity to directly test General relativity in extreme gravitational fields. The observations confirmed the theory of gravitation by albert Einstein. The article published in the journal Astronomy & Astrophysics.

The center of the milky Way galaxy is relatively calm — there is a supermassive black hole with a mass of about four million solar, but the substance does not fall on it in active mode. Therefore, this black hole does not manifest its activity. Goes around it a few stars, the orbits of which are known to astronomers and for those that watch closely for more than 20 years. One of these stars, known as S2, has an elongated orbit with a period of 16 years and is suitable to the black hole at a distance of only 17 light hours (about 20 billion kilometers). However, she accelerates to 25 million kilometers per hour.

When this star is so close to the black hole, begin to affect the effects of General relativity — the gravity of a black hole bends the path of light rays from a star in a particular way, which does not describe the Newtonian theory of gravitation. Thus there is, for example, gravitational red shift: light, leaving the surroundings of a black hole loses energy, causing the length of its waves increases. Another effect, connected with the General theory of relativity, and special, is a relativistic correction to the Doppler effect due to the high speed of the object.

See also:  NASA told as to look for aliens

In the new work, astronomers have measured both of these effects. According to the results of the black hole changed the apparent velocity of the star at 200 kilometers per second, which corresponds to the predictions of Einstein’s theory contradicts Newton.

Astronomers have measured all its phases, but more detailed work will be published later, after more careful analysis. In previous times, when S2 came close to the black hole, that is, in 2002, the telescopes did not have enough resources for such detailed research. This work is further confirmation of the General theory of relativity and the first — involving object of enormous mass.