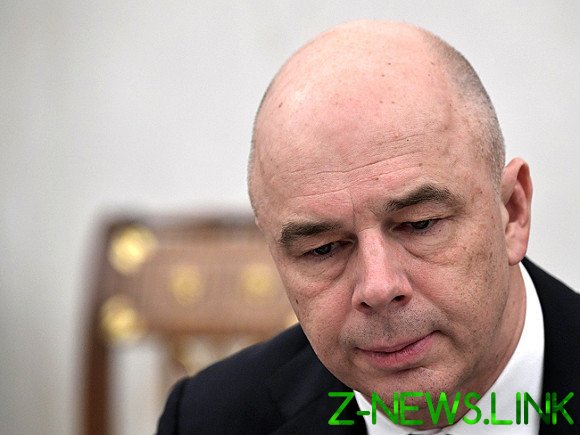 The Minister of Finance of the Russian Federation Anton Siluanov agree that the premiums paid by employers for each employee in Russia is excessively high.

“Today is a burden on labor prohibitive. I understand that perfectly,” said the Minister in an interview with RBC.

As acknowledged by the speaker, today a tax on labor in Russia is higher than taxes on capital. Moreover, he said, to 30% that the employer pays is added 13% tax on income of individuals, which is withheld from the employee’s salary. “So there are these schemes to evade payment of labor in white” — explained the Minister of Finance.

At the same time, he said, the issue of reducing the burden on labour should be elaborated to compensate for damage to the extra-budgetary funds and not to upset the balance of the Federal budget.

We will remind, on February 11, the newspaper Vedomosti reported, citing its sources, that the government allegedly considered various options for reducing General rates — from 30% to 23-25%.

The following day, however, the labor Minister Anton Kotkov made clear that the government of the Russian Federation currently puts the issue of lowering insurance obligations, and the issue of reducing social security contributions could be considered in conjunction with ensuring the generated obligations.

“I assure you that no one in the government to date has not raised the question concerning the reduction of all sorts of insurance obligations stipulated in the current legislation”, — said the Minister.

“We are based on the insurance model, before raising the question of reducing premiums, we have to assume those obligations established under the insurance Fund and the pension Fund, and the Fund of obligatory medical insurance”, — said Katkov.

According to him, even if the government is to consider the reduced contribution rates, at the same time will address the question of what sources to compensate for shortfalls in income funds, to the obligations of the citizens was made, adds “Finmarket”.

In 2017-2018, the government of Dmitry Medvedev addressed the idea of the tax maneuver — reduce insurance premiums up 22% in return for increasing the value added tax (VAT) from 18 to 22%. However, as a result only spent half of the maneuver — increased VAT to 20% to pay for national projects, Russian President Vladimir Putin, but ease the load on the work the business did not wait.

The source of “Vedomosti” suggested that reducing the load on the Russians, if the decision on insurance premiums is accepted, can contribute to the whitewashing of the labour market, rising incomes and the growth of the economy.