Home / WORLD / The switched-on, censorious billionaires of Silicon Valley are now the greatest threat to free speech and the pursuit of truth

The switched-on, censorious billionaires of Silicon Valley are now the greatest threat to free speech and the pursuit of truth 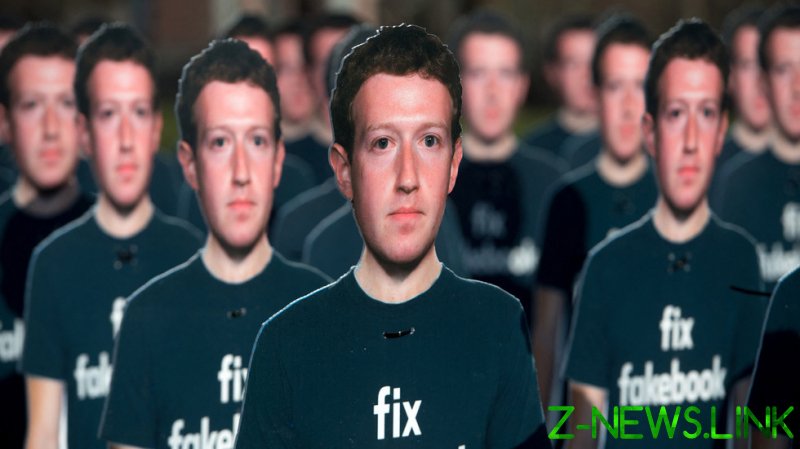 If anyone still naively believes that Facebook is a force for good and not the vanguard of the elite’s pacification of public life, then last week’s announcement that it would ban a prominent researcher from its platform should have the alarm bells shrieking.

The issue, according to Facebook, was a post from 2015 (yes, six years ago!) by a University of Florida geneticist called Kevin Folta. His crime? He took two anti-pesticide activists to task for making misleading statements about the weed killer glyphosate in an opinion piece published in the New England Journal of Medicine (NEJM). The authors falsely claimed the herbicide causes cancer and that the Journal acknowledged the causal link between the two.

Folta simply pointed out both the falsity of their claims about glyphosate and the insidious attempt by them to give legitimacy to their falsities by associating it with the NEJM.

It should be pointed out that one of the authors, Charles Benbrook, had already been exposed as having taken $100,000 from organic food companies to conduct ‘studies’ that would make their products look good.

For highlighting the falsities in the opinion piece and pointing out that the NEJM did not editorially endorse the claims about the health effects of glyphosate, Folta was accused of violating Facebook’s ‘community standards’. Facebook, the truthsayer general, issued a warning that his account could be suspended if he committed another offense.

There are three remarkable and worrying things about Facebook’s behaviour.

First, without the knowledge or credentials, it has the breathtaking arrogance to intervene in a science-based dispute. This is very disturbing because it suggests there are no limits to which its censoriousness will go. Threatening to de-platform a prominent scientist speaks volumes about Facebook’s tenuous and promiscuous relationship with truth.

Second, it suggests that the company is uncritically accepting reports of abuse from eco-activists who obviously have time to trawl through posts from the past driven by their desire to hunt down Folta and other legitimate scientists to get them de-platformed.

And third, if Facebook was not acting on information from its eco-informer network, it is trawling past posts to weed out truths it opposes, never mind the eco-warriors. This would be an even more worrying development, because it would transform Facebook into a censorious political platform rather than what it claims to be – an open one in which truth and contestation can thrive.

It is time people sat up and smelled the coffee. Social media is a remarkably powerful tool. It is now embedded in our democratic process. It has become the public square. Allowing it to be dominated and policed by a minute but powerful handful of oligarchs represents a real threat to the future.

Everything they do needs to be questioned and interrogated. Their woolly hipster ‘community guidelines’ are nothing more than a front for arbitrary and biased censorship – a manifesto for de-platforming views they, and their woke zealot cheerleaders, find offensive.

They pay lip service to wanting “people to be able to talk openly about the issues that matter to them, even if some may disagree or find them objectionable.” And with the grace of autocratic dictators, they paternalistically warn that “in some cases, we allow content for public awareness which would otherwise go against our Community Standards – if it is newsworthy and in the public interest. We do this only after weighing the public interest value against the risk of harm.” We should be doffing our caps and thanking them for their magnanimity.

George Orwell would have congratulated the framers of this for its open-ended vacuity. Here we have Facebook brazenly setting out how it will determine what the public interest is, who and what they can censor, and more chillingly, what they deem to be harmful.

The arrogance is beyond comprehension. How a prominent scientist trying to politely educate the public about a controversial science issue in 2015 constitutes any transgression of these guidelines is truly unfathomable.

It is not Kevin Folta who represents a threat to the public interest. After all, in the realm of science, open contestation is the lifeblood of the furthering of knowledge. What threatens this future is not debate and calling out misinformation, but Facebook’s censorious arrogance; its belief that it is now the judge, jury, and executioner, imperious to even prominent scientists, let alone you and me.

When they come for the scientists, you can be sure no one is safe. It is time to de-platform Facebook. It is time to create a new public space in which adults can freely exchange ideas, challenge each other, and fight openly for the truth.

It is time to call out Facebook and its ersatz ‘community guidelines’ which are designed to advance Facebook’s earnings – based on the misappropriation of our personal data – rather than any commitment to the truth.