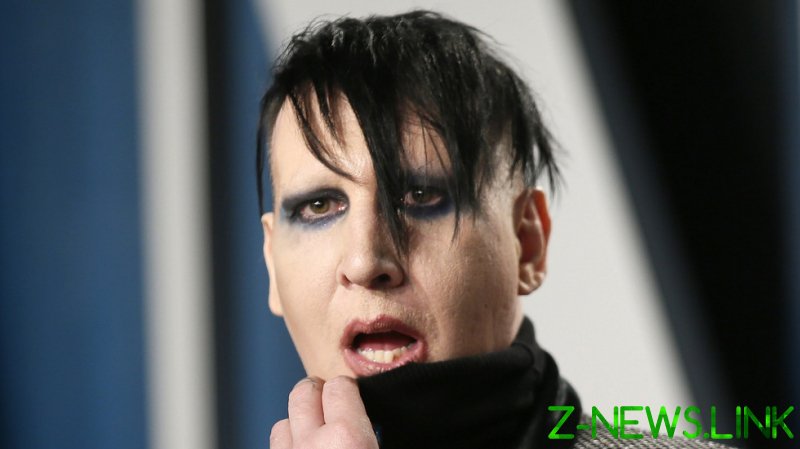 Marilyn Manson, who rose to stardom as a self-proclaimed shock rock anti-Christ in the 1990s, has long had a target on his back.

Ever since the minimally talented Manson hit it big with his cover of the Eurythmics’ Sweet Dreams (Are Made of This) off his EP Smells Like Children in 1995, fundamentalist Christians have tried to cancel him for his devoutly anti-Christian attitudes and occult antics.

In a brilliant piece of cultural jiu-jitsu, Manson masterfully used his position as a public foil to puritanical Christians to promote himself to great wealth and fame with his smash hit follow-up albums Antichrist Superstar (1996) and Mechanical Animals (1998).

It seemed back then that the more outrageously anti-Christian Manson got, the more MTV and Rolling Stone and the rest of the pop culture establishment embraced him, and it drove conservative Christians absolutely crazy.

For his rather derivative satanic rock star pose, Manson inflamed a Christian hysteria that led to him being blamed for everything from teen suicide to the Columbine Massacre. But none of those charges ever actually harmed Manson’s career, only enhanced it.

Manson’s success in the 90s – and conservative Christians’ impotence in the face of it – was a clear indicator of the religion’s waning social power and a forewarning of its precipitous demise and near disappearance from American culture.

But where conservative Christians miserably failed to bring down Manson in the 90s, the new dominant puritanical moral force in our culture, wokeness, with its powerful feminist denomination #MeToo, has succeeded spectacularly.

Wood, who was 18 when she met the then 36 year-old Manson, said of the relationship, “He started grooming me when I was a teenager and horrifically abused me for years. I was brainwashed and manipulated into submission.”

Another former fiancée of Manson’s, actress Rose McGowan, released a statement in support of Wood and the other accusers. “I stand with Evan Rachel Wood and the other brave women who have come forward…Let the truth be revealed. Let the healing begin.”

In response to the cavalcade of allegations, Loma Vista Recordings, which distributes Manson’s albums, said it would cease promoting his current album and refused to work with him again in the future, and the powerhouse Creative Artists Agency quickly dropped him as a client.

In response, Manson released a statement.

“Obviously, my art and my life have long been magnets for controversy, but these recent claims about me are horrible distortions of reality. My intimate relationships have always been entirely consensual with like-minded partners. Regardless of how – and why – others are now choosing to misrepresent the past, that is the truth.”

Manson is right; his rather pedestrian art and performative life have been magnets for controversy. But that is because they were built upon being intentionally provocative, particularly against Christianity.

He repeatedly stuck his thumb in the eye of Christians in order to draw attention to himself, with “shocking” yet predictable actions like proclaiming himself to be a minister in the Church of Satan (inducted by none other than Anton LaVey), and quoting famed occultist Aleister Crowley’s dictum, “Do what thou wilt shall be the whole of the Law”.

It would seem, according to his accusers, that Manson actually lived that morally grotesque motto to the fullest, but the women on the allegedly unpleasant receiving end of it are now publicly exacting their revenge and ending his career.

It’s a testament to the enormous cultural power of wokeness, with its two dominant denominations, #MeToo and Black Lives Matter, that its ability to cancel heretics and blasphemers far exceeds anything conservative Christians were able to accomplish over the last 40 years.

That Manson thrived for so long in opposition to the old religion of Christianity, but has been utterly obliterated in no time at all by the new religion of wokeness, is revealing of the tectonic shift that has taken place in just the last four years in American culture.

Further proof of this is that the pop culture establishment, which so dutifully defended Manson when he was offending Christians back in the 90s, will not even contemplate tolerating his alleged sins against women now.

It is also striking that puritanical Christianity has been so soundly defeated in the culture wars by the entertainment industry, but that the puritanical impulse is still alive and well and thriving in Hollywood of all places, in the form of #MeToo feminism and BLM.

Unfortunately for Manson, the only difference between the old irrational, hypocritical and sex-obsessed religion of Christianity that he so brazenly defined himself in opposition to, and the new irrational, hypocritical and sex-obsessed religion of #MeToo wokeness that is currently crucifying him, is that Christianity at least offers the opportunity for redemption.

The truth is that Marilyn Manson danced with the devil to great success, but, as always, the bill comes due. It’s the height of irony that it wasn’t the puritans of conservative Christianity that took him down, but rather the witches of wokeness who’ve succeeded in burning him at the pop culture stake.