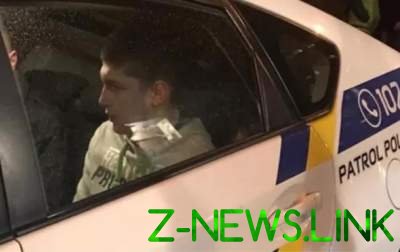 Popov asks the court to release his son under house arrest.

The suspect in the robbery of the son of the Deputy of the Verkhovna Rada from the Radical party Igor Popov Bogdan admitted his guilt. About it his father said today, November 29, before the start of the hearing.

According to Popov, the son will have to answer for his actions.

“I taught him how to be a man, and a man should be able to answer for their actions,” said father.

According to him, Bogdan pleaded guilty and is cooperating with the investigation.

“He fully admitted the suspicion, the guilt”, – said the Deputy.

He noted that adequate reasons his son to carry out a robbery at the store.

See also:  In Russia, passengers were evacuated from a burning aircraft

“We ask house arrest wearing this bracelet” – he said.

According to the MP, the corresponding petition is already filed in court.

He noted that the house intends to firmly engage in the education of his son.

“I promise not to beat, but I’ll explain,” said the Deputy.

Popov also promised to reimburse all the damage.