Home / WORLD / The storming of the US Capitol is a symptom of a bigger disease infecting our democracy. I’m scared where this will all end

The storming of the US Capitol is a symptom of a bigger disease infecting our democracy. I’m scared where this will all end 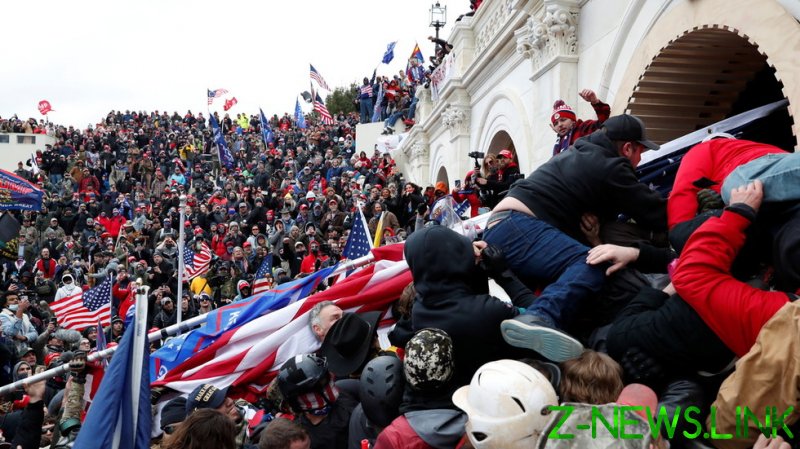 January 6, 2021 was supposed to be a day of constitutionally mandated ceremony, where the vice president of the United States presided over a joint session of Congress to officially count and certify the votes of the Electoral College that would officially designate the winner of the November 2020 US presidential election, Joe Biden, as the president-elect. This is a routine function mandated by the 12th Amendment of the US Constitution and regulated by law.

President Donald Trump and thousands of his supporters had hoped Vice President Mike Pence, rather than following US law and the Constitution, would undertake actions designed to nullify the election results, handing victory to Trump. “States want to correct their votes, which they now know were based on irregularities and fraud, plus corrupt process never received legislative approval,” Trump tweeted on the morning of January 6, the day of the vote. “All Mike Pence has to do is send them back to the States, AND WE WIN. Do it Mike, this is a time for extreme courage!”

Pence, to his credit, did not bite. In a letter to Congress issued moments prior to the vote counting ceremony getting underway, he made it clear he was of a different mind than the president. “It is my considered judgment,” Pence wrote, “that my oath to support and defend the Constitution constrains me from claiming unilateral authority to determine which electoral votes should be counted and which should not.”

Trump, however, was of a different mind. In a speech delivered outside the White House moments prior to the congressional vote count, he further inflamed the passions of a crowd of supporters who believed that the election had been stolen from them. “All of us here today,” Trump said, “do not want to see our election victory stolen by emboldened radical left Democrats, which is what they’re doing, and stolen by the fake news media. That’s what they’ve done and what they’re doing. We will never give up. We will never concede. It doesn’t happen. You don’t concede when there’s theft involved. Our country has had enough. We will not take it anymore. And that’s what this is all about. And to use a favorite term that all of you people really came up with, we will stop the steal.”

Using “stop the steal” as their mantra, the crowd of Trump supporters convened on the Capitol building as the joint session of Congress was underway. They forced their way past police, storming the rotunda and forcing Congress to suspend its session. The US Secret Service removed Vice President Pence from the building, and senators and representatives, together with their staffs, were instructed to shelter in place.

The loss of control of the nation’s capital is an affront to the very notion of the rule of law and order. One thing is for certain now – the runaway train that has been American democracy for the past four years has crashed, leaving a stain that will forever mar what once was the world’s premier experiment in representative democracy.

This stain will cover Democrats and Republicans alike. Joe Biden, in a speech delivered to the nation following the storming, called the pro-Trump protesters a “gang,” proving that he remains tone deaf to the reality that 74 million Americans who voted for Trump do not view him (Biden) as the right person to lead them over the course of the next four years. In a competing message, Trump called upon the protesters to disperse peacefully while at the same time continuing to denigrate Biden’s electoral victory as illegitimate.

How America emerges from this national tragedy is yet to be seen. One thing, however, is painfully clear – the system of representative democracy that defines the American Republic is fundamentally broken. Governments can only rule effectively when they are recognized as legitimate by those they purport to govern. The fact that no evidence has been provided to sustain the allegations of large-scale voter fraud is beside the point – perceptions create their own reality, and tens of millions of Americans perceive the results of the 2020 US presidential election as illegitimate.

Even if the expression of anti-Biden sentiment is confined to the clearly seditious actions of the pro-Trump protesters, egged on by a president who has lost touch with reality and faith with the Constitution he is responsible for upholding and defending, the reality remains that Biden’s presidency will forever bear the taint of what happened on January 6, 2021. The day when the rule of law gave way to mob rule.

Political commentators will, rightfully, place the blame for this lawlessness at the feet of Trump. But the fact is the storming of the Capitol is but a symptom of the larger disease of the partisanship that fundamentally and irrevocably divides America.