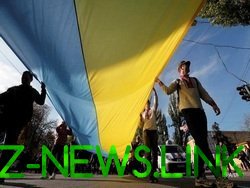 From the beginning of 2020 deaths in Ukraine were more than double those born in this period.

The population of Ukraine in the period from January to may 2020 fell by more than 116 thousand persons, deceased during this time, recorded more than double the births. About it, on Monday, July 20, reported the State statistics service of Ukraine in Facebook..

“The population of Ukraine, according to the for June 1, 2020 totaled 41,785 million people. During January-may 2020, the population decreased by 116,7 thousand people”, – stated in the message on the page of the state statistics.

According to the data for the same period in 2019, the population of Ukraine was 42,03 million people.

The service noted that significant remains the excess of deaths over births: 100 deaths and 48 births.

Previously, scientists from the University of Washington stated that the population of Ukraine by the year 2100 will be reduced to 17.6 million people, compared with an official forecast of 44.6 million in 2017.