Home / economy / The state of emergency in the energy sector: what to expect Ukrainians

The state of emergency in the energy sector: what to expect Ukrainians

Region will suffer from blackouts.

In Ukraine a state of emergency (PE) in the energy sector for a month is a warning that the Ukrainians are waiting for the rolling blackouts.

This was announced by political and economic expert Vsevolod Stepanyuk.

“The state of emergency in the energy sector in a month a signal that Ukrainians are waiting for the rolling blackouts. But this was to be expected, because there is still no unlocked supply of coal. In the end Ukraine will have to import electricity from Russia. If this is not done, then after 1.5 months, may begin the collapse of the entire power system,” said Victor Stepaniuc.

The economist noted that all thermal power plants switched to fuel savings and, consequently, in some regions of the country will soon begin to turn off the light.

“Kiev can be independent of the rest of the power system of Ukraine. But all the other areas will suffer from blackouts”, – said Victor Stepaniuc.

Also, according to him, the incident threatens to reduce production in areas such as metallurgy and chemistry.

“Of course it will affect the lower income of many Ukrainians because of the loss of jobs,” – concluded Victor Stepaniuc.

Recall, the Cabinet of Ministers of Ukraine in a month imposed a state of emergency (PE) in the energy sector. In particular, extraordinary measures suggest that the NEC “Ukrenergo”, based on the available reserves of coal of various grades would need to determine acceptable level of decline in reserve power generating capacities, to set a limit on the composition of the equipment for each unit of the TPP. This means that in order to save coal, the company will work using minimal equipment. In addition, the operator backbone networks have to set time limits on their bandwidth, and to determine the conditions and volumes of interstate electricity flows”. In addition, NAEC “Energoatom” will have special schedules that nuclear power plants will be required to comply with, and also the company should be ready at any moment to unload their units. 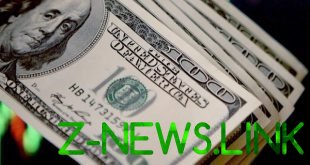