Home / INCREDIBLE / The stars were able to reflect light, not just emit it

The stars were able to reflect light, not just emit it 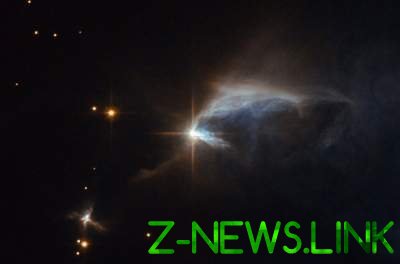 Astronomers didn’t notice it, because the amount of reflected light is very small.

In the study, the astronomers watched Spikey system, stars which are at a distance of about 250 light-years away in the constellation Virgo. Stars rotate around each other with a period of about four days.

The researchers found that the polarization of light or the orientation of its wave change depending on the orbit of the two stars. The light that propagates straight, not polarized and oscillates in multiple planes simultaneously. When it is reflected from non-metallic surfaces, it becomes polarized and oscillates in one plane only. During the observation of a polarized light emanating from double stars, the experts recorded a reflection, so to clarify the data they have resorted to computer models.

See also:  The launch of the Falcon 9 rocket lifted a minute before the start

According to the researchers, the total amount of reflected light is only a few percent of the incident light, but it can be recognize because it is very polarized. In the study, researchers developed their own high-precision polarimeters, thereby adding a new tool to the existing set of methods for the detection of double stars. So, the orbits of stars in the binary system are very close to each other, but because optically they can not be divided. However, they will still reflect the light of each other, so it is with the help of polarization one can see that the system is binary.

See also:  What are the outfits for the release of choose the stars: a gallery of the most striking images from Instagram