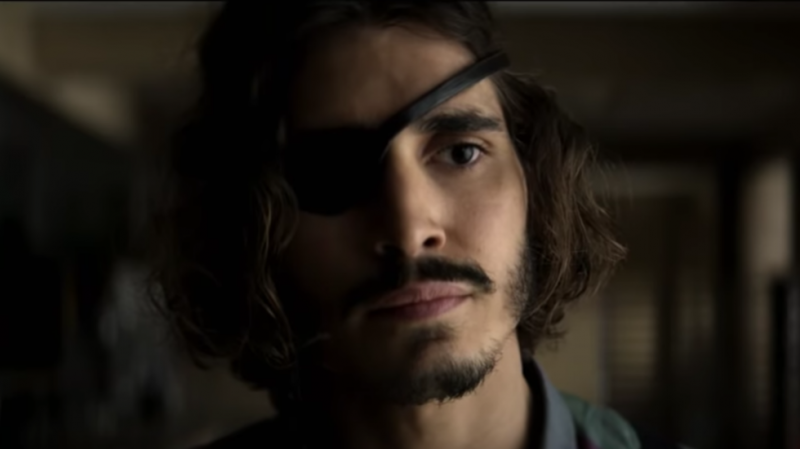 CBS All Access recently unveiled one of their most ambitious projects to date: an adaptation of Stephen King’s epic novel ‘The Stand.’ While one might have predicted controversy around unleashing a story about a flu epidemic practically wiping out civilization during the ongoing Covid-19 pandemic, the real issue critics have found is with one casting decision.

Actor Henry Zaga portrays the deaf and mute character of Nick Andros in the limited series, and it’s not his performance that is triggering criticism, but rather the fact that he is a fully hearing actor.

Over 70 signatories issued a statement this week calling for a boycott of the series over the casting choice.

Those protesting the series include Hollywood professionals such as Antoinette Abbamonte, director Jules Dameron, and actor James Caverly.

Social justice warriors have jumped at the chance to snowball the controversy on social media.

Not everyone has jumped on the bandwagon though, with some pushing back at the idea that an actor should not work in a role that requires them to, you know, act.

One of the protest letter’s understandable gripes with CBS is that “not one deaf professional actor was called in to audition for the role.” The company is reportedly now meeting with the artists who released the statement.

‘The Stand’ controversy is just the latest casting debacle of 2020, which has seen actors criticized for portraying characters with different sexual orientations and others losing roles for not sharing characters’ identified gender. The worst and most inexplicable flash-in-the-pan firestorm came with the release of ‘The Tax Collector,’ with critics claiming actor Shia Labeouf accused of doing “brownface” by playing a Latino character. The trouble? He was playing a white character based on multiple real people.

While the pushback against ‘The Stand’ is more understandable than these other instances of outrage, much of the anger comes from the same knee-jerk feelings that contain little nuance and no care for context. Zaga is a fine actor who is capable of portraying a deaf-mute character, one that was and remains an incredibly important step forward for inclusion in storytelling. Andros is not treated, both in the novel and in the television adaptations, as less capable, but rather someone who overcomes setbacks to stand tall with the novel’s ensemble of heroes.

Andros was originally played by actor Rob Lowe (who is also not deaf) in the ‘90s television miniseries.

If a hearing actor cannot portray Andros then shouldn’t this line of thinking be carried even further? By the logic that applies to this casting controversy, the only performers capable of playing Andros would need to be both deaf and mute.

The call for inclusivity in Hollywood is admirable, but much of it ignores the very idea of acting. If actors can only portray characters whose traits 100 percent match their own, then what acting is there? If anything, this line of thinking only further separates artists, refusing them the ability to step into other worlds and walk in others’ shoes to create something special.

If the qualm with ‘The Stand’ is simply that the casting process should be more open to deaf characters, then that is fair, but do we really believe there would be no outrage if producers had determined a hearing actor would be a better fit for the role of Andros after auditioning deaf actors?

The truth is ‘The Stand’ debate is just the latest in a long line of evidence accumulated throughout this year that acting is a trade too complex and nuanced to fit into this aggressively politically correct world where SJWs patiently wait, frothing at the mouth, for any chance to pounce on anything that threatens their rigid idea of inclusivity.