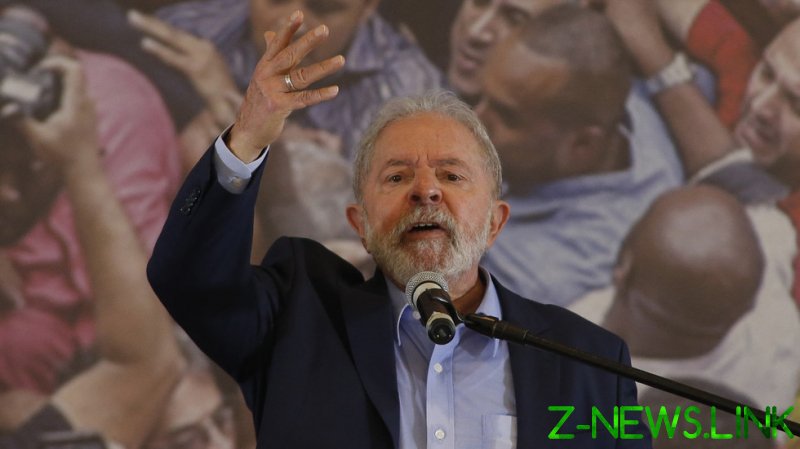 The verdict of a Brazil Supreme Court judge throwing out all charges against Luiz Inácio Lula da Silva, known as Lula, will leave some feeling very uneasy indeed.

The March 8 ruling not only validated what he and his supporters have been saying for years about the trumped-up nature of his previous convictions for corruption and money laundering, but, more importantly still, it opened a path for Lula to run in Brazil’s 2022 presidential elections.

Lula had been the frontrunner in the 2018 election campaign, until the charges against him ruled him out of the race. Jair Bolsonaro ended up winning the contest, having ridden to victory on a wave of public resentment over a number of massive government corruption scandals that, paradoxically, also allegedly implicated Bolsonaro and his family.

Ahead of the 2022 general election, recent polls show Lula once again leading the pack, with an eight-point lead over the incumbent candidate, who retains a considerable amount of support in spite of Brazil registering the second-highest number of Covid-19 deaths in the world.

If these numbers hold, and Lula takes back the reins of Latin America’s largest economy, it would deal a significant blow to the efforts by successive US administrations to reassert Washington’s role, both regionally and globally.

Due to its economic strength and capacity, and how these translate in political and diplomatic terms, Brazil has, for at least the past couple of decades, been the regional lynchpin, often playing the decisive role in what happens in the hemisphere.

The administrations under Lula’s Workers’ Party (PT) may have been at the moderate end of the so-called ‘pink tide’ of left-leaning governments that began winning office in the first decade of the new millennium, but it was they who undertook the lion’s share of the work to take Brazilians out of poverty since the mid-2000s. The PT also stewarded the country’s economy towards record growth, which, in turn, helped fund the social investments that halved extreme wealth inequality in the country. But it wasn’t this that made Lula dangerous.

Under Lula and his successor, Dilma Rousseff, Brazil was not only a stalwart against efforts to destabilise the more radical processes taking place in Ecuador, Bolivia and Venezuela, but it also threw its considerable weight behind supporting those governments in key moments, even if it wasn’t necessarily on the same ideological trajectory.

It is also difficult to imagine that any of the initiatives, such as the Union of South American Nations and the Community of Latin American and Caribbean States, that sought the greater integration of the region, would have come to fruition without the backing and participation of Brazil – again, under PT governments. The fact that these blocs were largely dismantled after Rousseff was ousted from office on similarly dubious grounds is testament to this.

More than a fear that Lula would follow his friends Hugo Chávez and Evo Morales in pursuing some form of Brazilian socialism, the US government’s antipathy towards Lula’s movement – as well as its efforts to spy on and undermine its leaders – was motivated by the foreign-policy shift ushered in on his watch.

Outside the region, the South American giant was key in building up the BRICS group of nations: Brazil, Russia, India, China and South Africa. Since it began to take shape in the early years of the last decade, the bloc emerged as an alternative economic and political pole to the G7 nations – that is, Canada, France, Germany, Italy, Japan, the UK and the US. It then moved to set up competing infrastructure, including an optical-fiber submarine communications cable system, and a bank that would compete with institutions under the auspices of the West  – namely, the International Monetary Fund, the World Bank, the Inter-American Development Bank, and others – to provide loans to developing nations.

While many nations saw the potential of this type of co-operation, others fretted at the prospect of a disruption to the current international order, with its supply chains, divisions of labour, and, of course, the dominance of the US dollar.

The unabashedly pro-Washington Bolsonaro has proven to be a key ally in undermining the BRICS bloc, which US leaders have attempted to write off as merely a vehicle for Chinese and Russian interests.

Brazil’s government under Lula was not without its errors and excesses, and it didn’t always play a merely benign role in the region, as evidenced by the participation of its army in the UN mission in Haiti after the ousting of Jean-Bertrand Aristide. Nor would a Lula government spell the end of capitalism in Brazil – though, certainly, many of the country’s richest would see the restoration of the moderate wealth-redistribution policies that Bolsonaro axed as a form of ‘communism’. But it would be a major setback for Washington’s designs, including its desire to restore its hegemony in the region, as well as its desperate and uphill struggle to retain its influence and position globally.

The return of the PT would mean that, for the first time, Latin America’s three largest countries and economies – Argentina, Mexico and Brazil – would not be operating in concert with the US. The pressure on the governments of Venezuela, Cuba and Nicaragua through US-controlled groups such as the Organization of American States and the Lima Group would continue, though there would also be respite, as Brazil proved before, managing to export beef and other goods. While capital and loans from investors such as China never fully went away, major infrastructure projects that were in the works for years prior to Bolsonaro assuming the presidential role might finally progress.

Moreover, a Lula government would re-energize the BRICS, reviving the promise of the bloc as an institution that would more genuinely support development and build the foundations for a multipolar world. And it’s precisely this that was, and still is, what makes Lula dangerous, and why he will continue to face hostilities, hurdles or worse as the 2022 election draws ever closer.