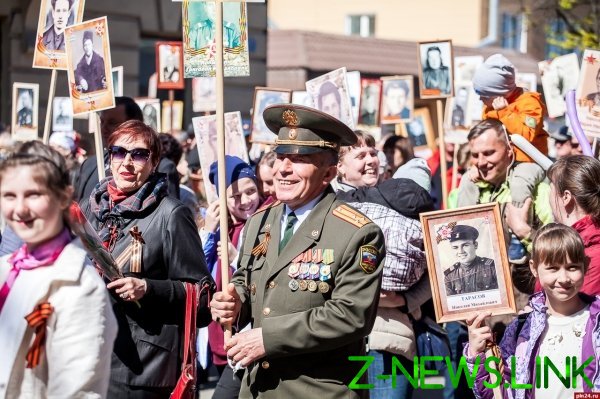 The speaker of the Estonian Parliament (Riigikogu) Henn Billwas called the action “Immortal regiment” a symbol of repression. About it reports Delfi.

“Of course, marking May 9, it is known that for Estonians this means 50 years of oppression and occupation, and the spitting image of the bronze soldiers of the red army and the so-called “Immortal regiment” for us, represent the invaders, plunderers, are a symbol of repression and killings,” said Pillois.

He called the ban the St. George’s ribbon “fight with windmills, which will be of little use”. “Despite the Kremlin’s attempts to falsify and change the story, the truth always comes out”, — said the speaker.

Billwas called “actively refute the lies” of Moscow as “local”, the Estonian and world level. “As it did recently, the Riigikogu, when Russia blamed Poland for the outbreak of the Second world war,” he added.

In January the Parliament of Latvia adopted a special statement in which has accused Moscow of distorting the history of the Second world war. The MPs argue that Russian officials have denied the occupation of the Republic and downplay the role of the Molotov-Ribbentrop Pact. The Sejm declared that the end of the Second world war did not bring the countries of Central and Eastern Europe for liberation, because unlike Western European States, they were occupied by the Soviet Union.