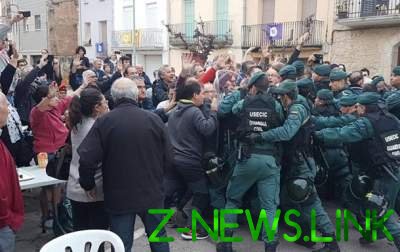 The representative of the Spanish government in Catalonia has asked for forgiveness on behalf of the police.

The representative of the Spanish government in Catalonia Enric Miglio apologized for police brutality on the day of the referendum. On Friday, October 6.

“When I see these shots the more I learn that someone beat and pushed, and one person is still in the hospital, I can’t do anything but to accept, I’m sorry and apologize on behalf of the police,” said Miglio.

We will remind, the police of Catalonia during counter supporters of a referendum on independence used rubber bullets. According to media reports, approximately 35 people were injured.