Home / WORLD / The Spanish airline has cancelled all flights to Venezuela

The Spanish airline has cancelled all flights to Venezuela 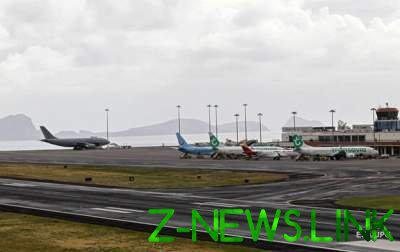 The company apologized to the passengers, stressing that their safety and the safety of the crew – “an absolute priority”.

Spanish airline Air Europa and Iberia have cancelled the next flight to Caracas, Air France plane deployed in the air.

See also:  Airline Jetstar has made in the "black list" of two-year-old

Sources in Iberia said the Agency Europa Press about the cancellation on may 1 and said that in near future the airline will decide whether your flight will be on may 4th.

The plane of the French airline Air France taking off to Caracas from Paris airport Charles de Gaulle, launched in the air “following a company situation analysis,” according to Spanish Agency Efe with reference to the representative of the company. The company apologized to the passengers, stressing that their safety and the safety of the crew – “an absolute priority”.

See also:  Belavia is considering a possibility of opening of flights to Kherson

Recall that in Caracas and other cities of Venezuela is currently going anti-government protests, which began after a group of soldiers were on the side of opposition leader Juan Guido.