The sound of the wheels of the Railways Putin added sadness 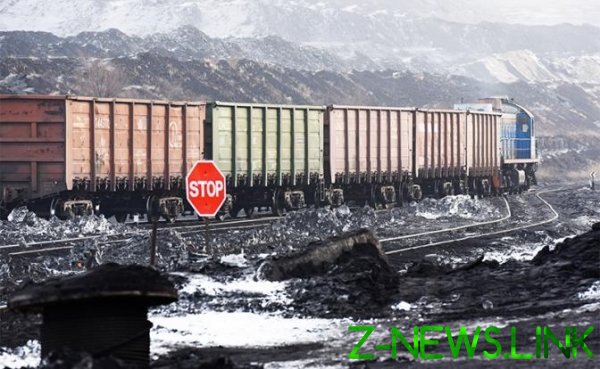 The flagship of the Russian economy, as Russian Railways is a serious loss: the volume of freight traffic in January fell by 5% to approximately 100 million tons (in January 2019, this figure amounted to 105.4 million tons). If we consider the railway as a mirror reflecting the processes taking place in the economy, it is very disturbing “glare”.

Even more alarming the fact that the main component of this decline — the most popular cargo — coal. This feedstock is traditionally a driver of railway transportation. But most importantly, coal is the most abundant and cheapest energy resource, volume of use characterize the health of most sectors of the economy. And at the end of last year industrial growth in the country slowed down in rates from 2.9% (2018) to 2.4%.

In the railway monopoly, the reduction in the supply of coal is associated primarily with falling demand for coal products from both Russian and foreign consumers. And, as usual, global warming.

But domestic transportation of coal by the end of 2019 has dropped almost 3%. This was at the briefing said the Deputy General Director of Russian Railways Alexey Shilo. According to him, the abnormally warm winter has allowed to increase the reserves of water resources at the Angarsk cascade, on the lake, as well as to increase electricity generation from hydropower and reduce the importation of coal products to thermal power plants.

Another negative trend is the continued decline (2.5%) loading of coal in the export destination — to the ports of Ust-Luga, Saint-Petersburg, Kaliningrad and Primorsk. In the opinion of the representative of the railroad monopoly, this is due to the policy of European countries to reduce coal generation.

Indeed, Europeans increasingly rely on the development of alternative sources of energy — solar energy, wind energy, biomass energy, wave power, gradient-temperature energy, etc. In turn, this caused a decline in prices for coal and carry it to Europe from Russia is becoming more profitable.

Prevent and other barriers. For example, recently a group of members of the Polish trade Union of miners, protesting against the use of coal from Russia, blocked the railroad, which supplied coal to the power plant “łaziska” company “Tauron” in Slenska province. It is reported TASS with reference to Gazeta Wyborcza.

“There is no Russian coal here will not enter. Today we block the power plant, but, if need be, we will weld to the ways of trains at border crossings, and the goods from Russia, we will pour out”, — told reporters the miner Rafal Jedwabno.

The company “Tauron” say they do not use Russian coal, and buy raw materials only in the domestic market. But the Polish miners were furious, they say that they will expand their protests, including at ports and border railway crossings. According to the Polish miners, this is forcing them the critical situation of the coal industry in the country and falling sales of raw materials produced in Poland itself.

So, in the West, our raw material is not welcome. While the Russian coal miners save export demand in the Eastern direction. But there competitors are not asleep and even if they will not be following the example of the poles welded to the rails, the carriages of coal from Russia, can still put a pig Russian colleagues, significantly reducing the price of its raw materials, which will make it more competitive. The possibility for such a maneuver they have, for example, in Australia and Indonesia, with better logistics conditions, since the centers of coal production are closer to the place of shipment, and this positively affects the cost of raw materials. Modernize production, choose a favorable period for long — term dumping and Asians will say goodbye to coal from Russia.

The danger of growing dependence of the Russian coal mining industry from export sales drew the attention of President Vladimir Putin at the meeting with heads of the coal-mining regions of the country in August last year. He noted that domestic consumption in 2018 was 180 million tons, and exports were sent to 210 million tons. “The growing dependence on external markets poses certain threats, risks, referring to the volatile external markets”, — said Vladimir Putin.

Then the head of state lamented that in these rich natural resources regions production growth significantly outpaced the development of logistics and social infrastructure.

The dominance of export — this claim is not really at. Regional authorities and mine owners of the commodity flows does not control, affect them very indirectly: where the best demand is there and they are on the market coal. It is rather a question to the President: our economy should be developed, then within the country the demand for coal will grow.

And generally the question is about the survival of the coal industry, whose products, recall, is the driver of the Russian railway transportation.

“We now have disagreements with the Ministry of economic development, which believes that industry (coal mining — “SP) will not develop. In the near future we will examine these contradictions” — said the head of Ministry Alexander Novak at the enlarged meeting of the Federation Council Committee on economic policy.

Of course, to win the debate neighboring the Ministry is easier than to establish a business in reality. The cars of the Russian railway will still continue to run, but the lost coal profits will adversely affect the tariff policy in the General plan. Then, as they say, just pull the rope — and all will fall. So, if I stop the mine — not only the miners again on the pavement helmets zastuchit.