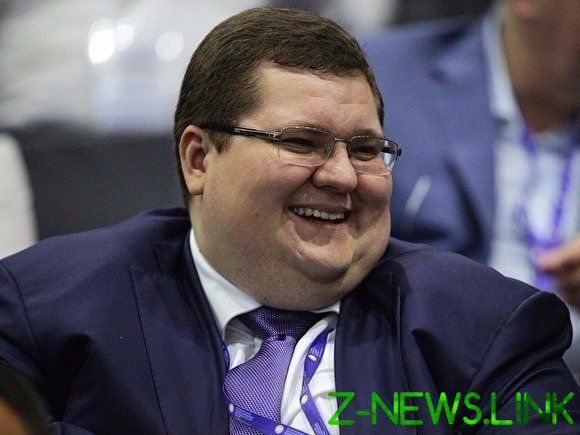 For appointment to the post of head of the public legal company “Russian ecological operator” of the former Deputy Chairman of Moscow region government Denis Butsaev was the son of the public Prosecutor Igor Chaika, who owns OOO “Charter”, which is selected by the regional operator in some regions. About it writes “Kommersant” with reference to sources in the Ministry of natural resources.

Add that Igor Chaika a few business projects in Moscow and formerly Denis Butsaev as Vice-Premier told about them (e.g., permission for construction of factory for processing of mushrooms and vegetables in February of last year).

Earlier, another likely candidate for the post of head operator sources say businessman Vadim Ishutin — his candidacy, according to “Kommersant”, supported by the office of the Vice-Prime Minister Alexey Gordeev. Ishutin known for his work in Voronezh with then Governor and now the profile Deputy Prime Minister Alexei Gordeyev and in charge of the industry of waste management Deputy head of the Ministry Vladimir Loginov. Negatively on the chances Ishutin to take a position could affect the activity of the security forces against his associates in Voronezh. Last week officers detained the Deputy Gordumy Voronezh Ruslana Kochetova, associated with the businessman on several business projects. After that, according to “Kommersant”, Ishutin left Russia.

See also:  The lovers: a selection of hilarious pictures

It is expected that the decision on the appointment of Denis Butsaev will be announced before the end of the week. In a press-service of the government of the Russian Federation said that the decision on the appointment of the chief operator has not been made yet — this post considered several candidates, some of whom are Butsaev. To announce the appointment, said in the White house, not scheduled for today. In the office of the Deputy Prime Minister Aleksei Gordeev will not comment on this question. Himself Denis Butsaev also declined to comment.

See also:  The Director of "Pacific rim 2" on a possible crossover with Godzilla and king Kong

Recall that in mid-January, Russian President Vladimir Putin signed a decree on the establishment of a single waste operator with extensive regulatory and financial powers. The state operator will be able to participate in the development and implementation of government programs and projects in the fields of waste, agreements between subjects of the Russian Federation for their transportation, to develop a program of state support of investment projects and attract investors.