Home / Society / The society does not believe in nullification

The society does not believe in nullification 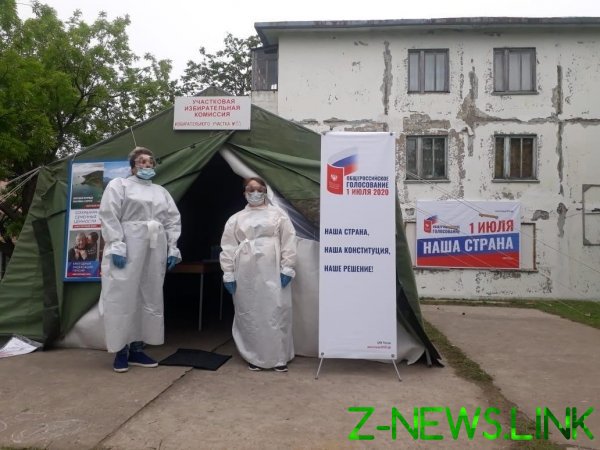 The Kremlin provides the appearance of power, but can not generate confidence in the procedure.

St. Petersburg 1.1 million voters — 28% of the total of 28 June have already voted (early) for amendments to the Constitution. The vast majority of them “state employees” and pensioners: the first city government in large numbers were obliged to vote early, the latter as a mass with the order of the same authorities called “volunteers”, calling to vote “for the amendment”. Of course, it is a sign of extreme insecurity authorities in the result of which ordered to provide, in combination with the dreadful fear that the result will not be achieved. And then Smolninsky porch fly administrative head. Meanwhile, given that the emphasis in percussion coercion to vote was made on working days, on 25-26 June, it seems that the main resource at the disposal of the authorities is nearly exhausted. And how to achieve the promised polls a turnout of 52.6%?

The indicator and so the lower limit. Apparently afraid to predict more in terms of mass understanding the full varovasti proposed procedures, when the vote anywhere and everywhere: in the workplace, in the yard, on a bench, in the trunk of the car, in the shed in the back “Gazelle”. It is not forbidden (though in Petersburg it after the scandal declared “a bad joke”) even vote for the family — they say, why elderly people to waste time…

The conclusion is simple:

then you have the stupid draw.

Approximately such a scheme, about which I wrote to the St. Petersburg “state employees”.

Employees of the public enterprises has issued “by the observers of the Public chamber” and told me to watch.

Then he said that they will go home to watch early vote “outworkers”. In fact, led to some administrative offices, and a member of the Commission confided:

“We were told that you are reliable people. You’ve been warned that you have to help us.”

Then issue print from the house register and told me to fill the books of account of voters with full name, passport details, time of voting and to sign for these alleged voters. The members of the Commission and some unknown present citizens joked that, well, then we all the ballots “versus” discard and instead put the ballots in favor of…

Actually, the fact that a day off on June 27 when the “street vote” in the courts of the number progolosovala supposedly increased by 350 thousand people (the day before was 760 thousand) — the evidence “showing off”. Specially came to the “street” area in the yard of my house — voted 11 people. Despite the fact that in the city about 2 thousand polling stations, even if on average the site has up to 30 people, more than 60 thousand voters well, not typed.

In General, the main feature started a vote (this applies not only Petersburg) — absolute shamelessness of the authorities, threw the remnants of hesitation.

Previously, in response to accusations of using “administrative resource” was followed by angry denials and indignant statement, saying that Yes, you can think of? Now — everything is different.

The third week I write wherever I can, about forcing state employees to vote, and I quote dozens of letters, the names of institutions, names of supervisors, and not one rebuttal to the “provocation” or “incitement of the situation.”

With full confidence that it will be nothing. No CEC, no Prosecutor and no police will not dare to interfere with the decision of the important state task — to show how people continue to love the President. Enough to give him the opportunity to rule for another sixteen years.

But even among seemingly completely controlled electorate increasingly, there are pockets of resistance.

So, the teacher College “Primorskiy” Ekaterina Shashkova openly stated that the management of the College is forcing her to vote early. She said (and I quote her message to me) that

When I said, on what basis — I was told that first I reduce the load to a minimum, so that it is not economically profitable to work, and then dismiss.”

And several employees of the St. Petersburg library of Mayakovsky refused to vote early, despite the pressure. And posted the screens with the enterprise portal library, where it is written: “those who can’t vote in the library on the Fontanka river embankment, 46, MUST (my italics — V. B.) to vote at a polling station at the address: Grafskiy per., 1, 25 and 26 June from 16.00 to 20.00″.

And the librarian Ekaterina Kotelnica sent me and published on the Network open letter, “I can’t and don’t want to remain silent”.

Excerpts from it are worth quoting.

LETTER OF THE LIBRARIAN CATHERINE KOTELNICHI

“We are forced to vote early at work in these days and times, the same situation is observed in all budgetary organizations. Flour people who stifle their consciences or trying to save it, I watch it every day. I would say that “this is the bottom”, but I fear that knock on the bottom. Does not it remind you that the days when “prison” was a reality? When people looked back every minute and was afraid to say a word? We at any moment can start to push, to “gut” our personal lives, unceremoniously to violate our personal boundaries, to open accounts…

Our reality is increased pressure and control. But we will not stand for. And we will justify any court. We will stand till the end and protect their colleagues – and senior, and Junior, if they try to do “extreme” in this situation. Russia has changed. And I think the people at the top (at the top) do not understand. We defend the honor of your library that you love and that appreciates the whole of St. Petersburg.

The blasphemous – good people forced to do bad. Do moral cripples.
And people have to be human to be real living PEOPLE, able to give the world a lovely, bright art, music, cinema, science, education, personalities. And that means they have to stay conscience, honor, dignity and ideals that they are the future generation. The soul should not become a lifeless desert where there is nothing left but fear and remorse. It is impossible to betray yourself. It is impossible to bring culture, heritage and the conscience of the whole nation! NO!”.

This means that there is a very serious request for an alternative. The most serious of all the Putin years: never yet Putin did not lose the support of the majority.

And this means that in a fair debate with an alternative to Putin’s amendments would not have been able to win.

Only dishonest — more dishonest than the recent game in Sochi against the boys from “Rostov”. In this where the opposing team generally is not allowed to enter the field, since no other version of the amendments to the Constitution, in addition to “Putin” (and that “package”, without the ability to evaluate each amendment separately) to the vote shall not be imposed.

That is why all of the power thrown on administrative enforcement “public sector” to vote, to limit the relief to the voting procedures, simplifying the work of forgers, and on my parole, the results of which will be easy to replace.

Stretching the “national vote” on the week, authorities apparently sought to portray him as a national celebration demonstrating the love of the people to the President.

Get back: stretched for a week the farce that is visible to anyone who observes what is happening in my backyard or on the street — whatever was on TV. And if the voting falls during the week or forced to come, or to drum up with the steps and prohlopali — it becomes apparent that the citizens in the mass, are not interested in “Putin’s amendments”.

And this means that if the morning of July 2 will be announced on the alleged mass support of the amendments to the Constitution — a society do not believe this. 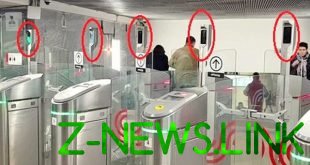