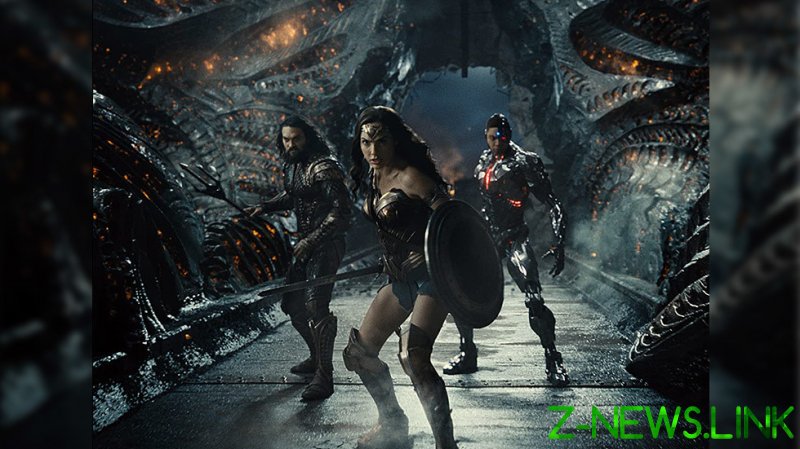 After much consternation, speculation and hype, the eagerly anticipated Justice League Snyder Cut has finally premiered on HBO Max, and I watched all four hours of it.

If you don’t know about the Snyder Cut, then you’re probably a healthy human being living a normal life. But just to get you up to speed, here are all the relevant details.

Zack Snyder, who has directed such notable hits as 300 and Watchmen, became the artistic force of the DC Comics cinematic universe in 2013 when he helmed Man of Steel, a reboot of the original Superman story.

Snyder followed that up by directing Batman v Superman: Dawn of Justice in 2016 and its sequel Justice League in 2017. Unfortunately, due to the sudden and tragic death of his daughter Autumn, Snyder had to drop out of post-production of Justice League, and was replaced by Joss Whedon.

Whedon, at the behest of the movie studio Warner Brothers, reshot a lot of material and made substantial changes to the tone and tenor of Justice League in the editing process, thus obliterating Snyder’s original artistic vision.

When finally released in November of 2017, Whedon’s version of Justice League was panned by critics and performed poorly at the box office.

Ever since then, rumors have swirled of a Snyder Cut of Justice League which restored Zack Snyder’s original artistic vision. A group of hopeful fans started a movement, #ReleaseTheSnyderCut, in order to pressure Warner Brothers to do just that and let the world see Snyder’s version of the film.

After years of hemming and hawing, Warner Brothers finally relented and agreed to release the Snyder Cut, and even gave Snyder a rumored extra $70 million to reshoot some scenes and re-edit.

The result of all of this is Zach Snyder’s Justice League, now streaming on HBO Max.

Let’s be clear, Zach Snyder’s Justice League isn’t Citizen Kane, nor is it a superhero masterpiece like The Dark Knight. But it is a thoroughly satisfying and entertaining DC superhero movie that is infinitely superior to Joss Whedon’s Justice League.

As the end credits role in the Snyder cut, a cover of Leonard Cohen’s Hallelujah plays, and it seemed very apropos considering the movie feels like an answered prayer for long-suffering DC fans.

The greatest changes Snyder made to Justice League were restoring its dark theme and tone, and doubling its running time from two hours to four hours.

Snyder has always been much more a cinematic stylist than a proficient storyteller, and so giving him two extra hours to flesh out narratives and character arcs is enormously helpful.

The same was true with Batman v Superman: Dawn of Justice. The theatrical release of that movie was two-and-a-half hours, but Warner Brothers later released a director’s cut titled The Ultimate Edition that added an additional 30 minutes, and it is a far superior and much more dramatically and narratively coherent movie than the original theatrical version.

The Snyder Cut’s four-hour running time may be a barrier to those ambivalent about superhero movies or with limited attention spans, but it adds much needed depth and context to the story, and I found the movie to be surprisingly captivating the entire time.

Another noticeable and needed change Snyder made was in giving more time to Ray Fisher’s Cyborg and Ezra Miller’s Flash in order to flesh the characters out. Both Cyborg and Flash got short shrift in Whedon’s version, and in the new cut they prove themselves to be very compelling characters.

That’s also true of villain Steppenwolf, which went from being a rather dull cardboard cutout in Whedon’s version to a powerful and multi-dimensional character in Snyder’s cut.

Recent DC films have often been maligned by critics and audiences for being too thematically dark, unlike the supremely successful Marvel films which are often fun and light fare.

Joss Whedon’s Justice League floundered, though, because it tried to bring Marvel frivolity to DC’s existentialism. To its great credit, the Snyder Cut unabashedly embraces DC’s dark roots and shuns any Marvel imitation.

While Snyder is no Christopher Nolan, he is an accomplished cinematic stylist, and regardless of what you think of his style, it is unquestionably true that both Batman v Superman and Justice League were considerably improved when the entirety of his vision was allowed on screen.

When the suits at Warner Brothers have meddled with Snyder’s vision, his DC films have suffered critically and financially.

If Warner Brothers was smart it’d learn to leave the artists it has hired to direct its flagship properties alone, because those directors are better at making good movies than any suit pushing banality and conformity over artistry.

The next Batman movie, The Batman, is being directed by Matt Reeves, who is terrific, as evidenced by his two fantastic Planet of the Apes movies that were exquisite blockbusters. Reeves could help Warner Brothers and DC start fighting back against the Marvel behemoth, but only if they let him do his thing and don’t meddle and muddle things up like they’ve done with Snyder’s films.

As for Zach Snyder’s Justice League, it isn’t for everybody. It may be too long for some, or too dark for others, but despite being an imperfect film, it certainly hit a sweet spot for me.