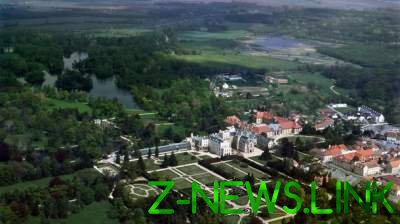 There is something to explore.

South Moravia, bordering with Slovakia and Austria, are still poorly “mastered” the Ukrainian tourists — largely due to the fact that travel agencies more profitable and easier to drive us to Prague and Karlovy vary. But the country are Moravians (so-called Czechs living in these places) — the most popular tourist region themselves Czechs. They are attracted by an impressive list of natural, historic and architectural attractions, favorable climate (it is the warmest region of the country). Finally, is changing the stereotype that Czech Republic is country of beer: of course, the local light Starobrno fine. But in South Moravia, famous vineyards, involuntarily Senesi beer mug on a glass of white Pinot or red Frankovka.

A bit about travelling, tickets and prices

In recent years, South Moravia began to look very comfortable destination for Ukrainian tourists. To get to the center of region, city of Brno from Bratislava airport, where from Kiev to fly a low cost airline from Vienna or from Prague. So the key task is to find the most cheapest ticket and then a ticket on the train or bus. For those who are willing to endure almost a day in a chair, suitable bus Kiev — Brno (ticket — from 900 UAH).

A little bit about the cost of visiting attractions. Tour of the Lednice-Valtice area — about 9 euros. Tour (1 hour) via them. Bati — 3 euros. The entrance ticket to the Museum of footwear in zlín (with a visit to the viewing terrace on the roof “mrakodrap”) — 8 Euro. Sailing on the underground river Punkva (1 h) — 7 euros.

The garden of Europe: the Lednice-Valtice area

50 km from Brno, near the road to Bratislava, is the Lednice-Valtice area. So, quite formally, called one of the major Palace-and-Park ensembles of Europe. However, he also had more poetic names — “Garden of Europe”, “garden of Eden”…

In the Czech Republic visited tourist destination of the Lednice-Valtice areal is second only to Prague Castle and the Czech Krumlova. The ensemble is impressive. For comparison: the area of arboretum “Sofiivka” — about 2 square kilometers, the Park in Kachanivka — 6. And the Park area between the towns of Lednice and Valtice — a 250 sq km! To facilitate tourists getting to the Park, they carry on the range with horse-drawn carriages and canals on boats. 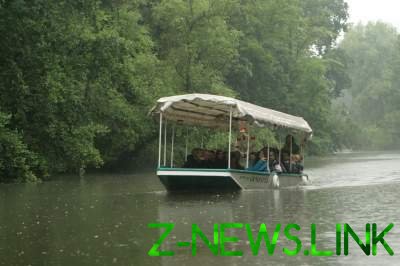 Today the Lednice-Valtice Park — well maintained forest, which houses two palaces, and scattering all sorts of smaller buildings of different architectural styles. One of the most popular — the present minaret. However, it was never used for its intended purpose, that is to call Moslems to prayer. But the tower is very popular as a viewpoint, which offers views of the entire ensemble. 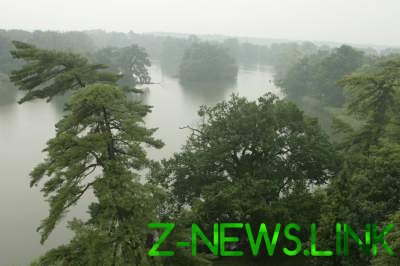 Park. The view from the top of the minaret. Photo: Mazur

The channel name of a good cobbler

The Czech Republic offers the most different options of walking on water. Best known for short trips to teplohodike on the Vltava in Prague. In the old town of Cesky Krumlov can ride on a special wooden raft on the rough river directly between the houses of the XVII century can Still take a tour of the underground river Punkva and the channels of the Lednice-Valtice area.

However, the Czechs themselves have a very popular boat ride along the man-made canal length of about 60 km between the towns of kroměříž and hodonín. In the 30-ies of XX century it was dug at the direction of the famous social experiments of the Czech “king of shoes” tomáš baťa. After 20 years the canal with 13 gateways and fifty bridges lost its importance as a transport artery. But frugal Czechs turned it into an industrial monument, and today, foreign tourists and residents come here for leisurely riding teplohodike. 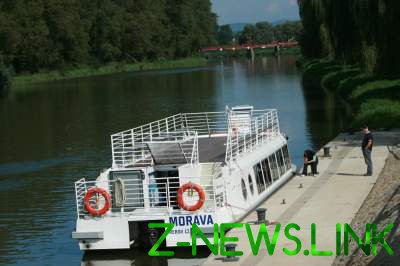 Slavkov: commemoration of the battle

The name of the settlement Slavkov u Brna for most of us, nothing says. But if you know his old name from the times of Austria-Hungary, then remember “War and peace” Pierre Bezukhov and “the sky of Austerlitz”. Yes, in the vicinity of this town in 1805, was one of the key battles of the Napoleonic wars. It is also called “battle of the three emperors”, and in Czech it sounds to our ear at all funny — “Slavkovska boiste”. In memory of the 40 thousand people who died here in the beginning of XX century, a monument to the “Tomb world” — four-sided pyramid with a height of 26 m, is crowned with a ten-copper cross resting on a globe. Near the monument is a small Museum with interactive exhibits. 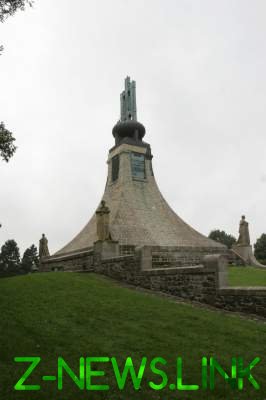 The punkva: by boat through the cave

There are many places where tourists ride on boats on the underground river: you can recall the Park “Sofiyivka” in Uman. But there is a man-made river Acheron short (211 m), and looks like just a tunnel. And in the mountains of southern Moravia, the length of the route — almost a kilometer. Where the water of the river Punkva goes under the rock, equipped with dock, and it constantly falls off spacious punt, powered by a silent motor. In some places (especially when the water in Punque high) need to get my head down — so low hanging arch. This inspection is even more interesting than Hiking — you don’t need to look under your feet, and you can easily consider a bizarre wall of the cave. 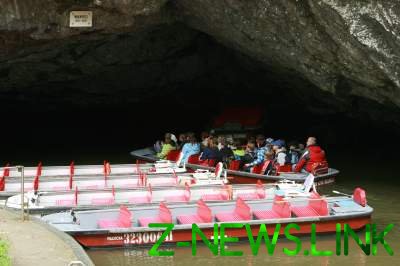 Zlín: “mrakodrap” with a Museum and office in the Elevator

The city of zlín is one of 13 in the world that can boast a Shoe Museum. It is located in the former factory building of tomáš baťa, whose last name was the name of a famous Shoe brand. And the owner of the company, and his staff travel around the world gathered samples of local footwear. So there was formed the collection: Cossack boots, Indian moccasins, sandals African tribes… the oldest exhibit dates from the sixteenth century, and a masterpiece of modern footwear is in the farmer’s shoes for a basketball player Shaquille O’neal: it is in zlín him stitch shoes custom. Agree: the giant with the feet 41, inches it’s impossible to find something in the shops.

He tomáš baťa was an extraordinary man. Today, these are called socially responsible entrepreneurs: he sought to create for slince ideal conditions for work and leisure.

Dad so loved his work that in the factory his office was… in the Elevator! After all, even the most energetic person difficult to be worn for 16-storey office skyscraper (in Czech — “mrakodrap”). So he found a way out. In the Elevator room, visitors ride to this day. And from the roof of the building (now it is the city administration), overlooking the Zlin. 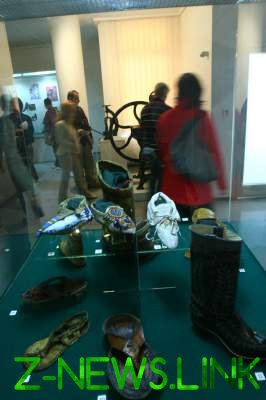 The city. Look at zlín from the roof of the Museum. Photo: Mazur

South Moravia is one of the oldest wine regions in Europe. The level of development of winemaking is demonstrated by the fact that in the South Moravian Mikulov castle still holds one of the largest wine barrels in Europe, made in 1643, by 135 thousand bottles of wine! It perfectly ripen peaches, apricots, plums, raw material for the distillation of plum brandy, Krusovice and other fruit moonshine, which in Austria is called schnapps.

If you’re in southern Moravia, then don’t miss “outname”, i.e. tasting. Of the white wines and Pinot necessarily rasprobuete green veltlinske (in Austria’s famous Gruner vertliner), and red — svatovavrinecke and frankivka. For a gift suitable sweet and fragrant slamova wine: its production after the harvest of the grapes laid out in the basements on the straw so they podelilis.