Home / policy / “The situation is catastrophic” Greenpeace: the area of forest fires in Siberia has exceeded 4 million

“The situation is catastrophic” Greenpeace: the area of forest fires in Siberia has exceeded 4 million 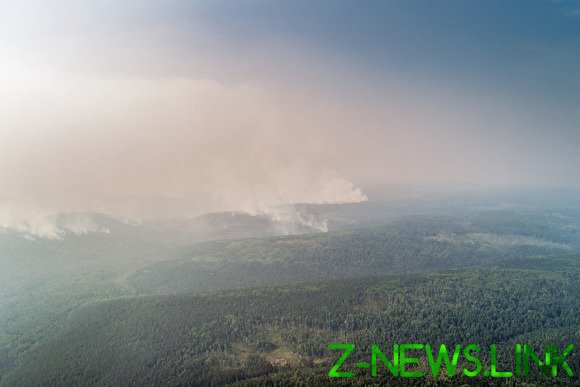 Despite statements of the Russian authorities, the area of forest fires in Siberia are not reduced. This claim of the Russian branch of Greenpeace. Organization refers to the satellite data of remote monitoring-the forest service, according to which in the Siberian regions is now burning more than 4.3 million hectares is comparable to the area of the Moscow region. This season burned in Russia already more than 13 million hectares of forest — an area of Greece.

“Taiga is burning every year, but the fires this summer have reached record levels. Their contribution to climate change amounted to more than 166 million tons of carbon dioxide. It is comparable to the emissions of 36 million cars per year. Black carbon enters the atmosphere during the Siberian fires, deposited in the Arctic accelerates the melting of ice, which further accelerates climate change,” — said in a press release, Greenpeace received Znak.com.

Ecologists predict that in the coming two weeks the situation will remain catastrophic, due to weather conditions. Because of the changing wind direction the smoke of large cities in Siberia ceased, but continues in remote settlements.

“These fires were put out at an early stage, but due to the existing legislation from their quenching refused. Now it’s turned into a threat to the climate, to stop which only the rains. Russia should make more efforts to protect forests and to provide sufficient funding for suppression and prevention of fires. The problem of wildfires need to be addressed at the level of international climate negotiations otherwise we will not be able to keep global warming below 1.5°C”, — commented the expert fire project of the Russian branch of Greenpeace Anton Bereslavsky.

The most powerful forest fires this year are raging in the Irkutsk region, Krasnoyarsk region and Yakutia. The Russian authorities do not put out the fire in inaccessible areas due to “uneconomical”, they say, the cost is higher than projected loss. After the issue drew the attention of leading Russian and world mass media, politicians, famous musicians, and even Leonardo DiCaprio, the Prime Minister of the Russian Federation Dmitry Medvedev has demanded urgent measures for Wildland fires. To Siberia was sent to the aircraft of the defense Ministry and additional forces of the Ministry.

The world meteorological organization declared that raging in Siberia and other Northern areas of giant forest fires can cause global climate change. Experts do not exclude that the consequences for the Earth’s environment will be catastrophic.