Home / business / The situation in the zone ATO: militants do not stop fire

The situation in the zone ATO: militants do not stop fire 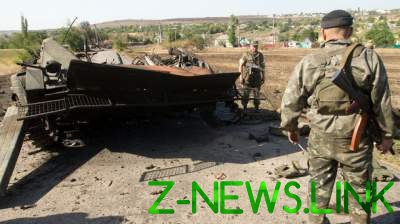 Since the beginning of the day in the area of ATO in the Donbas the militants had not stopped firing provocation, thus applying even prohibited weapons. This was reported in the headquarters of ATO.

So, in the night with 82-millimetre mortars invaders beat defenders Starognatovki that in the coastal areas. And under grenade fire hit the fortifications of the ATO forces in the Water.

See also:  Peskov did not comment on reports of the contraction forces to the border with North Korea

At Donetsk direction the enemy was twice fired from infantry weapons on the outskirts of the Sand. With the same weapons the Pro-Russian mercenaries fired Ukrainian position near the Crimean in Luhansk direction.

Just since midnight the enemy five times violated the silence regime. The fighting casualties among members of the Armed Forces of Ukraine no.

The military also reported that militants fired rocket-propelled grenades in residential areas of the Town, resulting in one of the houses was damaged roof and wrought-iron gates.

In addition, became aware of the enormous losses of fighters. In the occupied territory of Donetsk and Lugansk regions in the period from 14 to 21 October due to personal conflict between the Russian military personnel 13 people were killed and 18 injured.