Home / business / The situation in the Donbas slightly improved

The situation in the Donbas slightly improved 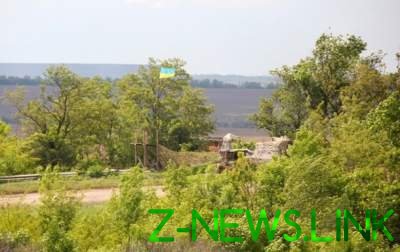 Military for the previous day were not injured.

Over the past day in the area of operations of the combined forces in the Donbas separatists have carried out 20 attacks on the positions of Armed forces of Ukraine, there were no injuries. On Wednesday, July 11, the press center of staff of environmental protection.

It is noted that in Lugansk, Popasna and svetlodarsk directions was little hostile activity. The separatists fired three military positions in areas of settlements Crimean, nut and novoluhans’ke.

In Donetsk direction the enemy with grenade launchers, heavy machine guns and small arms fired at the defenders of the Town and Experienced.

Five times violated the cease-fire from heavy machine guns and grenade launchers to the Donetsk and svetlodarsk direction.

“The enemy shelled positions of our defenders have Novoluganskogo, Marinka, Krasnogorovka and Avdeevki”, – stated in the summary.

The hottest was the situation in Mariupol direction. There the enemy with grenade launchers, heavy machine guns and small arms sighting and 14 times provoked the Ukrainian servicemen to return fire. The fire affected the position of CEO at Water, Lebedinsky, Shirokino, Gnutovo, Pavlopol and Bogdanovka.

It is worth noting that on the eve of the Lviv regional state administration reported the death in the Donbass fighter from the Lviv region. In the reports OOS no information about the losses over the past few days.