Home / business / The situation in the ATO zone: losses in no APU

The situation in the ATO zone: losses in no APU 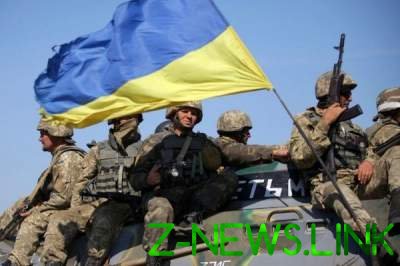 For the past day, November 24, 2017, in the zone of the antiterrorist operation in General recorded 17 violations of the cease-fire from Russia-backed militants, losses in the Armed Forces of Ukraine. This reports the press center of staff ATO in Facebook.

“Despite the fact that the enemy continues to carry out attacks on our positions, the situation is under complete control of the Armed Forces of Ukraine”, – stated in the message. In particular, it is noted that at the Lugansk direction with the onset of dusk the Russian occupation troops grossly violate the Minsk agreements on the arc Svetlodarsk: under fire from 120-mm mortars hit the strongholds of the AFU near Novoluganskogo.

At the same time in the direction of Donetsk, Russian mercenaries from 82-mm mortars fired at the defenders of the Sands, with heavy machine guns and small arms, the defenders of the Town and the mine Butovka, and rocket-propelled grenades and weapons BMP – approaching Birch. “In just the past day across the contact line recorded 17 violations of the cease-fire by the invaders. More than half of the cases the soldiers gave the opponent an adequate response.

See also:  Became aware of the serious losses of the Ukrainian soldiers in the ATO

As a result of enemy attacks of losses among the Ukrainian soldiers for the last day there”, – reported in the headquarters of ATO.