The situation in the area ATO APU suffered serious losses 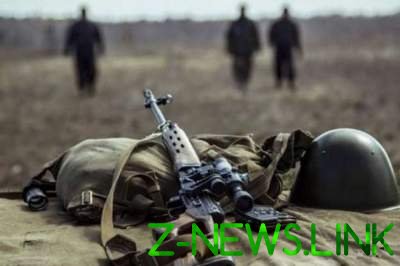 Militants continue shelling of positions of Armed forces of Ukraine at the Donbass, the Minsk agreements prohibited weapons, with the result that on Saturday, two Ukrainian soldiers were killed and four more were injured or fighting injury.

“In General, over the past day across the contact line recorded 15 violations of the cease-fire by the invaders. In response Ukrainian soldiers 7 times suppressed the firing activity of the occupier. As a result of enemy shelling of two of our soldiers were killed, two wounded, two were battle injuries,” according to the summary of 25 November, published on the page of the press center of staff ATO in Facebook on Sunday morning.

See also:  In the Crimea declared a state of emergency

The information States that on Lugansk the direction from 82-mm mortars and grenade launchers illegal armed groups fired on positions of the APU University.p. Novoluganskoe, and rocket-propelled grenades – near Novoaleksandrovka. From small arms fighters fired at the military near the village of Lugansk and the Crimean.

On Donetsk the direction of members of illegal armed groups fired from mortars of various calibers near Pavlopolya, Nevel and Butovka. Using infantry weapons gangs violated the cease-fire in the suburb of Avdeevka. Even in the daytime for several hours near Verkhnetoretsky Ukrainian soldiers fired at the enemy sniper pairs. There, the militants applied the Minsk agreements prohibited weapons.

See also:  In Vinnitsa minibus with passengers has been in a serious accident

“With the aim of making provocative accusations of the forces ATO they are also fired alternately in the direction of their and our positions, was not shy to use heavy weapons. The reaction of our soldiers was instant and appropriate,” – said the headquarters of ATO.