Home / Movie / The shooting of the series “Tremors” starts this month!

The shooting of the series “Tremors” starts this month!

That is the development of the TV series “Tremors”, was discussed back in 2015, but talks the talk, but the real action began this year, when the business joined Jason Blum and his company Blumhouse. Yes, these guys do not like to postpone for tomorrow what can be removed today!

Indeed, the edition of the Albuquerque Journal reports that the filming will start later this month in locations in the state of new Mexico.

Great news, huh? We will remind, to his role return to the old Kevin bacon, familiar to spectators on such films as “Friday the 13th”, “mystic river”, “Invisible” and, of course, the first “Tremors” 1989. In addition, it is known that the caste of present actors Emily Treuman (“Vinyl”), Megan ketch (“Under the dome”), toks Olagundoye (“castle”) and Shiloh Fernandez (“evil dead: Black book”). Read more about the characters whose roles they play in the series, wrote last month a colleague of Senoid.

Huge worms, cannibals, 25 years ago almost destroyed the small town of Perfection are returned. The aspirations of the people associated with the Vela, who had once defeated the monsters. But over the years a lot has happened, and Val will have to deal not only with graboid, but with age, alcoholism and hero complex.

Pilot directed Vincenzo Natali, by the way. The Creator of the horror film “Cube” for a second.

Anyway, can’t wait to see what they filmed. 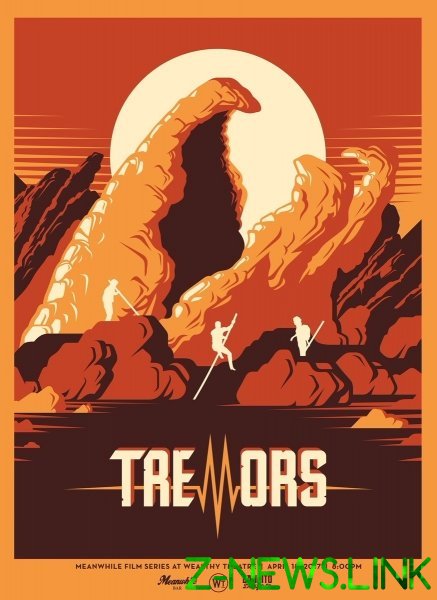