Home / Movie / The shooting of “Spawn” will start in February!

The shooting of “Spawn” will start in February!

Last week we learned a little bit about how is working on “Spawn,” as the creators are going to squeeze into a small budget, how producer Jason Blum is confident in the Director, etc. It was interesting, and we are damn glad that this project has finally moved from a dead point, but I want some real news, eh?

Okay, Todd McFarlane, renowned artist and comic book author, father of Spawn as a character says in essence. And according to him, the preproduction of the movie starts after this Christmas, and the direct shooting will start in February 2018.

MacFarlane confirmed that the film’s budget is $ 10 million, and also said that maybe the project will replace the distributor, as the relationship with Universal emerged as something not so good:

Recall, all these years, a new “spawn” slip, because McFarlane wanted to retain full control over the film she directed and wrote the script, and in General to not climb to it with the Soviets. Fortunately, then came Jason bloom on a white horse and said that will help you to remove this copyright movies, and even bloody rating promised. And this, of course, cool, but still we don’t know what McFarlane Director. For him, it will debut in this capacity.

However, he seems confident:

I did not study to draw comics, but I drew comics and even received awards. I didn’t know how to write music, but I have a Grammy.
I spend my own money, so who cares if it doesn’t work? This low-budget film cost $ 10 million, and (studios) have to put up with 22-year-old punk Director. I just want to be an old punk Director.

I have always had great respect for MacFarlane, but now imbued with a sincere Platonic love for this guy. I hope he will succeed. With that mindset — must get! Well, we will be careful to follow the project, benefit to a greater extent it will be a horror, and not a superhero blockbuster. 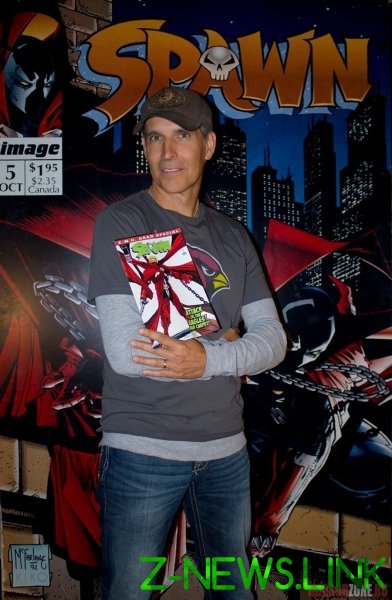