Home / culture / The semi-finals of “Dancing with the stars”: who left the project

The semi-finals of “Dancing with the stars”: who left the project 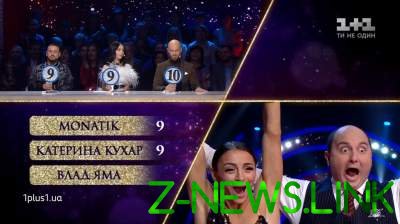 Semi-final were only four pairs.

Sunday, October 22, the TV channel “1+1” had made the semifinals of a dance show “Dancing with the stars”, which involved only four pairs of celebrities.

The vote of the audience and judges, the show left Yuri Tkach and Ilona Gvozdeva.

At risk in the semi-final has also been found Ahtem Seitablaev and Alain Shoptenko, but the couple outweighed the number of audience votes.

The pair then went to the floor with a graceful tango. The dance, performed to the song Luis Bravo’s Forever Tango “Tanguera” was highly appreciated by the judges.

Thus in the Grand final, which will take place on October 29, will compete with three pairs of participants: Natalia Mogilevskaya and Igor Kuzmenko, Nadia Dorofeeva and Jack the cat and Ahtem Seitablaev and Alain Shoptenko.