The second party fatal accident in Kharkov made a loud statement 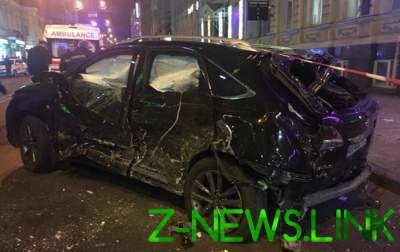 Volkswagen was moving at the green light, when at great speed left Lexus says the drones.

One of the participants in a fatal crash in Kharkiv, the driver of the car Volkswagen Touareg 49-year-old Gennady drones, made an official statement regarding the accident. The text of the address posted in his Facebook, his lawyer Sergei Perepelitsa.

According to him, Lexus had left suddenly at high speed.

“Lexus has popped up on the intersection all of a sudden, out of nowhere! I haven’t seen him and couldn’t see because of the Lexus flew into the intersection at breakneck speed. It wasn’t there when I started the movement, and the moment before the collision were a matter of seconds,” said drones.

The man claims that moved on green light.

“Leaving on a crossroads of streets of Sumy and lane Mechnikov, I moved on a green signal of a traffic light. I was convinced of the safety of crossing the streets of Sumy, looked around, and – Lexus car was not in sight. After that, I started moving to the crossroads already focusing on the crosswalk across the street Mechnikov. It all happened so fast that I did not even understand what happened,” he added.

See also:  In one of the hotels Sochi explosion