The second novel of the series “Dead Space” went on sale

In March of this year the publishing house “Alphabet” has pleased domestic fans of the game Dead Space, firing on the Russian novel, Brian Evenson “the Martyr” (Martyr). This is a prequel to the story of “Dead space”, the action takes place hundreds of years before the known events. And the book became the first brick in a new literary cycle.

Recently went on sale in the second volume, entitled “the Catalyst” (Catalyst). The author is the same – Brian Evenson, whose name is sometimes written in format B. K. Evenson. Zone Horror has reported that “the Catalyst” will be released in September, but the timing is a little off. But now it is possible to search on the Internet and real bookstores.

The lives of Stephens and Yancey Sato under the dome with an artificial atmosphere was simple: school, games, a house with unloving sons mother. The eldest of the brothers, Istvan, was not of this world, he was deeply immersed in himself, saw things never seen, and Yancey looked out for him, rescued from alterations. The brothers parted ways after their mother landed in a mental institution. Yancey graduated from high school and became a pilot, Stephen long gone from his sight and once again reminded of themselves by shooting at a large crowd of people known policy. Without any court Stephen hid in a secret prison on a remote desert planet. Yancey could not forgive himself for not protecting his brother and goes to find him.

Compared to the first book edition reduced to 2000 copies, while the current three thousand quite a decent result. In General, fans should pay attention. Cover from the magnificent Christopher Shae would be a good bonus. 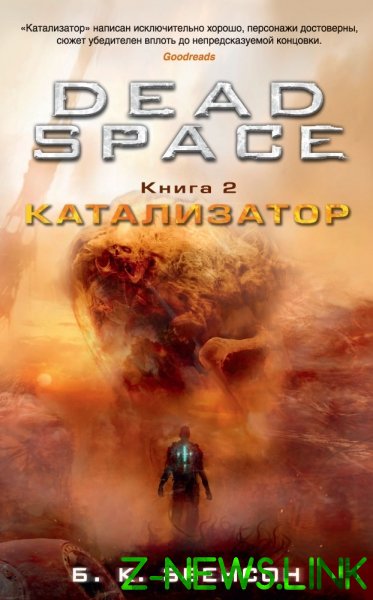