Home / FUNNY NEWS / “The seat is not lowered”: the thief calculated on the basis of the unexpected

“The seat is not lowered”: the thief calculated on the basis of the unexpected 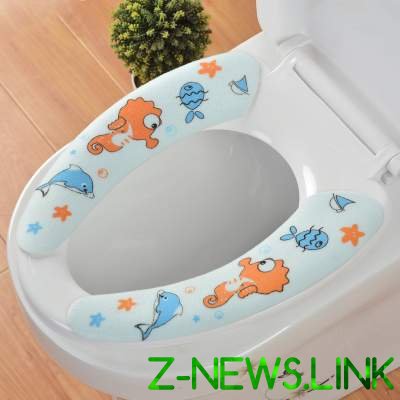 An American resident of Michigan was able to quickly identify that his house was a thief, the habit of the attacker to lower the toilet seat.

This was told by the local police chief Jeff O’brien.

According to him, the lone resident of Traverse city, waking up in the morning, I noticed that in the bathroom, lowered the toilet seat, although he always leaves it up. The owner of the house saw other signs of a break: one “familiar” in the house, ate cookies and relaxed in the living room.

The man went to the police. When law enforcement officers arrived at the scene, they found 26-year-old attacker sleeping under a picnic table in the garage.

He was drunk, but managed to take out several items from the house, including the wallet of the owner and four of the prescription, including – analgesic with codeine.

The home owner is not familiar with the thief. He was charged with breaking and stealing.