The scientists thoroughly checked out the famous theory of Einstein 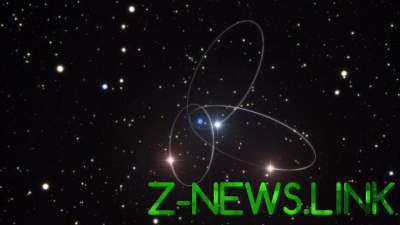 The researchers conducted a large-scale study and shared the results.

The basic laws of physics, from the pen of Isaac Newton in the 17th century, do not work in all cases. One has only to apply them to very fast, almost the speed of light moving objects or things heavier stars, and then they give up the slack. In such cases, comes to the aid of the extended theory of motion and gravity – the General theory of relativity. The theory of relativity works very well. This is evidenced by the proven predictions made almost 100 years later. But the question is: is it good?

In order to find out, a team of scientists used a dataset collected over 20 years of different telescopes to see around Sagittarius A*, the center of our milky Way, which is a presumably a black hole, rotate three specific stars. On the basis of the findings, they have created a very serious test for the General theory of relativity.

“Now this test can be considered a test of consistency. We checked the data expected to obtain according to the theory of relativity, and found very clear signs of the expected answers,” commented study author Andreas Eckart.

Scientists like Einstein have developed his theory to explain what they cannot understand. As soon as a new theory, then test it at its base, scientists are trying to create verifiable predictions. To further test the researchers should either confirm that these predictions are indeed real, the same as gravitational waves, predicted almost a hundred years ago, and was actually open in 2016 or try to deny its validity, applying the theory in the most complicated cases, like the one we’re talking about today.

The team collected data from several key studies, as well as observations conducted by the Very large telescope (VLT) with the stars S2, S38 and S55/S0-102. Objects revolve around Sagittarius A*, presumably a supermassive black hole with a mass four million times the mass of the Sun and located in the center of our galaxy. The researchers were able to compare the data about the orbits of these objects with mathematical values, predicted by Einstein’s theory. The results will soon be published in the scientific journal Astrophysical Journal.

The study was discovered a slight discrepancy in the motion of the star S2. It is only 1/6 of a degree with respect to the position of the predicted orbit and only a few percent from its form. However, these differences are consistent with predicted by the theory of relativistic effects. Thus, it is possible to say that this is the first case where scientists have tested the effects of General relativity for stars orbiting the supermassive black hole.

However, the final conclusions is not necessary to speak. Despite the amount of data collected over two decades, scientists have been able to inspect only three stars, while noting the large uncertainty in their estimated value. In other words, there are still many potential opportunities to prove that Einstein was wrong.

“To check whether there are any omissions, it is necessary to achieve a significant improvement of the ratio signal/noise. Whether this will lead to some distortion of results, I cannot say,” says Eckart.

Researchers believe that measurements of these stars can be spent in other experiments to test the accuracy of the theory of relativity. Despite the weakness of the caught signals, scientists hope that the collection of additional data will help to improve the result. Despite this, some third-party scientists believe that an important step has been taken now.

“From my point of view, this work is remarkable for the fact that he tries to test the theory of gravity in those conditions in which very little was carried out of inspections,” says Tessa Baker, a postdoctoral fellow at Oxford University.

She agrees that in the center of the galaxy can be many factors that might distort measurements, but believes that “the team conducted very serious and comprehensive work on the collection and verification of data.” And she would really like to see what changes in General relativity can appear in these measurements.