Home / Medicine / The scientists said the danger of cloudy weather

The scientists said the danger of cloudy weather 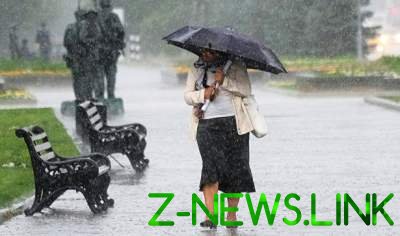 The disorder provokes people have Intrusive, frightening, or disturbing thoughts.

The lack of daylight has a negative impact on the human psyche, in particular, leading to the emergence of obsessive-compulsive disorder (OCD).

Scientists at the Binghamton University analyzed data on the prevalence of OCD across regions and correlated them with the weather conditions at different latitudes. It was found that in settlements where there is a lack of sunlight, people affected the diurnal cycle and circadian rhythms that leads to increased risk of disease.

See also:  Became known, some cereal will help to cleanse the body of toxins

In addition, the experts found that due to the large number of cloudy days in the Northern latitudes the symptoms of OCD patients are aggravated because the lack of sunlight negatively affects sleep.

Obsessive-compulsive disorder — a mental disorder that trigger people have Intrusive, frightening, or disturbing thoughts, which the patient tries to get rid of the constantly repeated action.

See also:  Usual foods that can kill a man