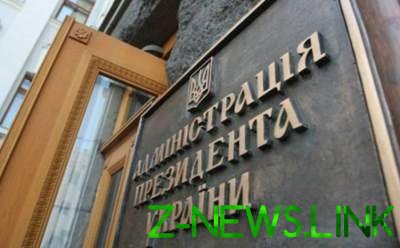 In the AP disappeared a secret document with information about the candidates for the position of Director of the NAB.

The security service of Ukraine is investigating the disappearance of the President’s Administration of the document marked “secret” about the candidates for the post of Director of the National anti-corruption Bureau.

This is stated in the decision of Shevchenkovsky regional court of 19 March.

It is noted that the criminal proceedings under part 1 of article 329 (loss of documents containing state secrets) of the criminal code was opened on January 23.

As part of the investigation the investigator of SBU petitioned for temporary access to things and documents, which are at the disposal of the Control of the mode, documentary providing and control of security.

The petition is motivated by the fact that the AP disappeared a secret document with information about the candidates for the position of Director of the NAB.

See also:  The escalation in the Donbas, killing the fighter APU

These documents are printed in two copies each, one document was transferred to the PA (the documents were received by the officials of the AP), the second copy of the documents left in the SBU.

However, when in December of 2018, the investigators sent the AP a request for confirmation that they have the documents of the SBU, it became clear that the document “About the available information on the candidates for the post of head of NABU” AP is not registered.

See also:  Accidents in Kharkiv: there is information about the condition of the pregnant woman

SBU decided to investigate the loss of the document containing a state secret, and requested access to the second copies of the documents that need to be stored in the Management mode, documentary providing and control of the SBU.

According to the court, because there is a real threat of destruction or change of the documents to which access is provided, the investigating judge decided to consider the petition without calling the person in whose possession the documents are.

The judge granted the application in part and granted temporary access to the documents with the possibility of withdrawal of their originals.

The decree is valid 1 month and not subject to appeal.