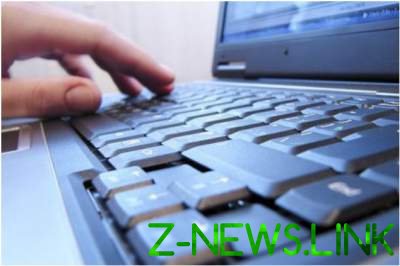 The security service of Ukraine exposed botafirm “Sapphire”, which was organized in the Luhansk Main Department of the General staff.

This was announced by the representative of the counterintelligence of the security Service of Ukraine Sergey Levchenko at a briefing on Tuesday.

The information unit consisted of 15 people, headed by the citizen of Ukraine Catherine Vasilyeu, 1988 His goal was to prepare and conduct anti-Ukrainian information campaigns, gathering information about the top leadership of Ukraine and the Armed forces of Ukraine, as well as the collection of intelligence.

See also:  In Kiev has opened a free children's veloscope

The group, according to the investigation, responsible for the fabrication of 12 thousand of various materials, among them a forged decree of the Ministry of defence to suspend all payments to members of the Armed forces of Ukraine, calls for anti-government rallies demanding the impeachment of the President, etc.

During the activities, the group has created 50 accounts and 130 groups in social networks.

The curator of the Sapphire is named after the Russian career officer Alexander A. Sazonov, 1985, known under the pseudonym of Paul Bodrov.

See also:  Goncharenko told the details of the special operation of the SBU

At the moment, in the controlled part of Donbass the SBU detained four agents of the network.

“Today, they’re all arrested, the court elected by him a measure of restraint in form of detention declared suspicion. They are charged with article 258-3. It is a promotion of terrorist activities, the collection, transferring information about Armed forces in the area of Operations of the combined forces, and conducting targeted information operations”, – stated in the SBU.

At the moment the group actually ceased to exist.