Home / WORLD / The ‘say anything, do nothing’ nature of online activism is abjectly failing to improve the world

The ‘say anything, do nothing’ nature of online activism is abjectly failing to improve the world 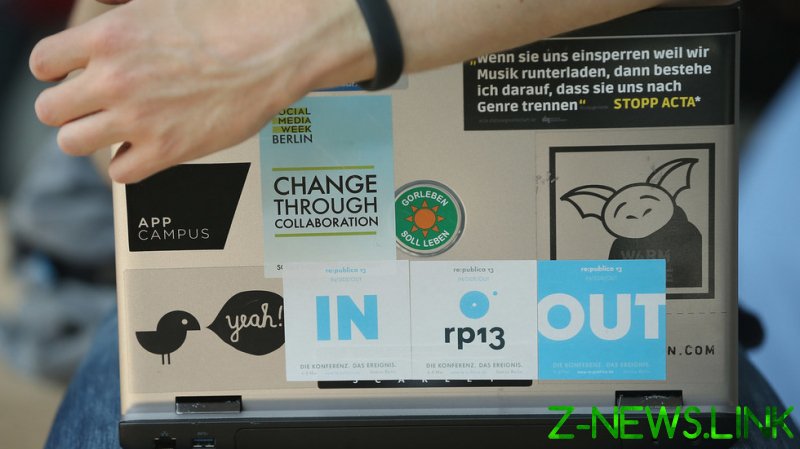 If you’re an activist of any variety, you’re living in a golden era. While there have been more troubled periods of human history, there has never been more discussion of sociopolitical problems than in this first half of the 21st century.

Fueled by a heady cocktail of 24/7/365 news services that deliberately play to the activist mindset, entertainment products that sacrifice quality for message, an internet hell way over Dante’s head, and rampant social media addiction, today’s crusaders can express their outrage at any time their flying thumbs prefer, while a herd of ovine sycophants waits to applaud and fawn over their proclamation of online scripture. There are few human beings on this planet who can resist the dual temptation of free expression met with immediate validation.

So, whether it’s racism, sexism, or any other entry on the list of offending ‘-isms’ that grows longer by the day, our current crop of pseudo-activists have developed the luxurious delusion that simply making noise about a topic of concern is enough to solve that problem – a brave, individual effort to defeat humanity’s ills. Folks can wake up at noon, send a tweet bemoaning the cause du jour, roll over, and go back to sleep convinced they struck their blow for peace and justice.

The fascinating back end of this phenomenon is that this raging torrent of ever-present social consciousness and effortless activism manages to improve nothing. It’s fair to say it accomplishes something. We see some statues come down. Sports franchises change a name or two. A few celebrities or public figures take a tumble when the hovering vultures of cancel culture manage to rake through the muck deep enough to find some careless words from years ago. Yet, still, the problems such meaningless, cosmetic gestures are aimed at treating, if not solving, slither easily forward.

With all of these victories, the couch-centric activists in question worship their own enlightenment and sensitivity, while congealing in gleeful groups to celebrate the historic changes wrought upon the world.

In the meantime, not a single hungry child eats because of this modern activism. No underserved student learns to read. No homeless veteran finds shelter. No abused immigrant receives job training. Not a single crime is averted. No neighborhood is made safer. No corruption is brought to light. Most importantly, no individuals on any side of an issue sit down to find common ground amid the constant storm of self-assured, insulated, empty social justice ‘successes.’

Conservatives coined the hot-button label of ‘virtue signaling,’ accusing the 280-character, selfie-obsessed generation of today’s protesters of caring more about their own egos and status than any cause. One has to wonder if the right will back off from such terminology after seeing the stream of self-absorbed, attention-starved buffoons who traipsed through the Capitol on January 6. Regardless, no matter the political bent, there’s nothing wrong with virtue signaling – as long as it leads to the genuine accomplishment of something virtuous.

Therein lies the cancer in the heart of today’s activism. No one has any skin in the game. When the vast majority of socially aware people remain convinced just running their mouths or spouting their social media drivel will accomplish a desired goal, is it any wonder genuine problems continue to fester?

In this comfort-obsessed Age of Narcissism, there’s both an inherent laziness and a reluctance to take risks. As a result, we see this biblical plague of countless drones insisting that just piping up here and there throughout the day is enough to change the world. No real effort made. No gamble proposed. No results.

You can sense a desire to be heroes among today’s wannabe freedom fighters. Perhaps their collective heart is in the right place. They look back into history and find John Brown, Gandhi, Sophie Scholl, the Freedom Riders of Montgomery, or Martin Luther King, Jr. They want to share in that mission (and perhaps fill a gap in their 21st-century lives that seem ever emptier and more shallow amid limitless alienating technology).

The problem is all of those legitimate heroes were attacked, executed, or assassinated. Heroism comes at a price. Fortunately, the evils those men and women fought were sent back to hell. Whether it’s killing off American slavery, stopping the march of fascism, ending segregation, or outlawing Jim Crow, the mission was accomplished. We hope the need for sacrificing a life to change the world might be less necessary circa 2021.

If any of the drive-by activist crowd really wants to get active and make a difference while keeping sanus corpus intact, there’s an easy compromise. If they seek to taste a crusade without getting a bump on the head, just making some small, active contribution would go a hell of a lot further than a tweet or a poorly made sign on a stick.

Put down the phone and pick up a ladle at a homeless shelter. Dump the cardboard and the spray paint and put your sign-making time to use assembling a practical donation to a domestic-violence shelter. Worry less about keeping up with the latest hashtags and put that energy into volunteering to teach inner-city kids to read. That takes courage and commitment. Those are the traits of a hero. We need today’s activists to shut up, step out of the data stream, and make some real-world, direct, practical or financial contribution to the causes they value.

To put it in final numeric terms, social media giants say the world sees something in the region of 500 million tweets per day. Since its inception, more than 40 billion photos have been shared on Instagram. Imagine if the time and effort required to compose just the socio-political entries in those totals for one day went to material efforts to battle society’s very real ills. How much better would the world be tomorrow?

We don’t need any more ‘awareness.’ We’re all pretty damn aware of the problems in the world. Poverty, ignorance, war, hunger, ignorance, and prejudice are all familiar horsemen that change steeds now and again, depending on the apocalypse flavor of the day. People have to get up off the furniture and put down their screens if they have any chance of putting those horses down.