The Russians overthrew the Soviet power 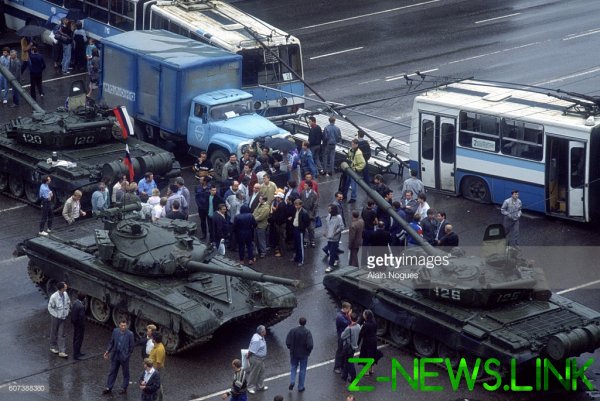 So, friends — today will be a post about how the Russians overthrew the Soviet government. 28 years ago, in August 1991, Moscow hosted the event, later called “the coup”. What happened in these days? Former members of the Soviet government in whatever way was sought to preserve the Soviet Union (in the form of a new “Union of Sovereign States” controlled from Moscow), and the forces under the leadership of President Yeltsin refused to obey the emergency Committee, calling their actions unconstitutional.

Further events developed in the streets. Gender order of the putsch in Moscow, the troops were introduced about three hundred infantry fighting vehicles, 150 armored cars and tanks Kantemirovskaya division. In turn, Yeltsin takes to the streets tens of thousands of people who do not want to save the Soviet regime in any form. Under the influence of people on the streets, some of the troops have transferred to the side of Yeltsin and the Democrats — motorized infantry of the Taman division launched their BMPs already to defend the White house, in which there was Yeltsin.

In the night from 20 to 21 August in Moscow there is a clash between the army and the defenders of the White house — Yeltsin’s supporters blocked trolleybuses armored column, while three defenders of the White house died. After this event the morning of 21 August, Soviet defense Minister Yazov gives the order to withdraw from Moscow all military units.

22 Aug all members of the emergency Committee were arrested, their actions were deemed unconstitutional. Paradoxically, the coup not only “saved the Union”, but the marginal actions of the party leadership only accelerated his fall.

So in today’s post — the story about the storm of August 1991 in Moscow, as well as the question. Make sure you check out the article below, write your opinion in the comments, and of friends added do not forget. And telegram channel also subscribe)

01. The end of August 1991, the beginning of the coup. Army blocks access to Red square: 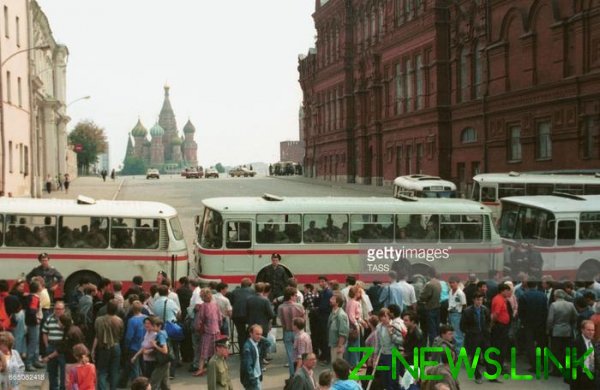 02. However, the cordon from the area soon removed, and she was filled with protesters with Russian flags, placards and portraits of Andrei Sakharov: 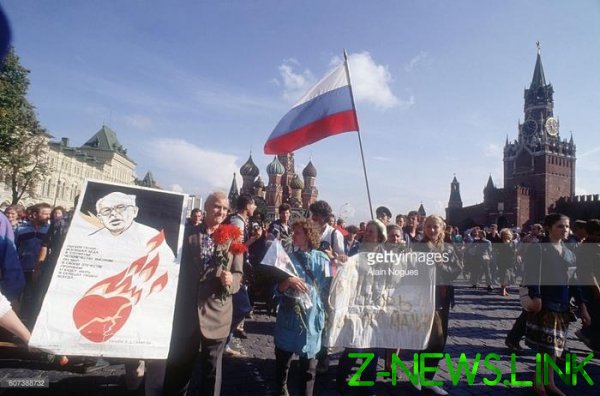 03. The barricades near the building of the Supreme Soviet of the USSR, which was the actual leadership of Russia. 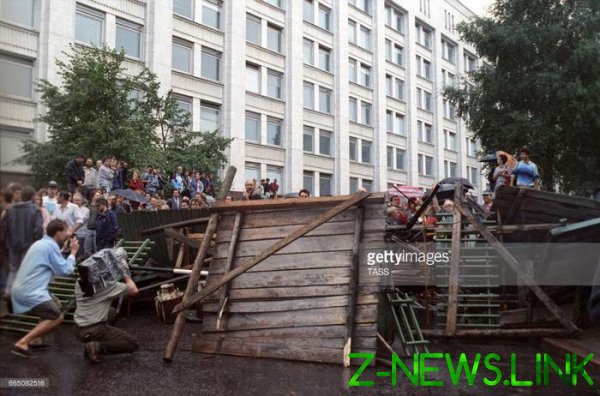 04. And it is the defenders of the White house, which was President Yeltsin: 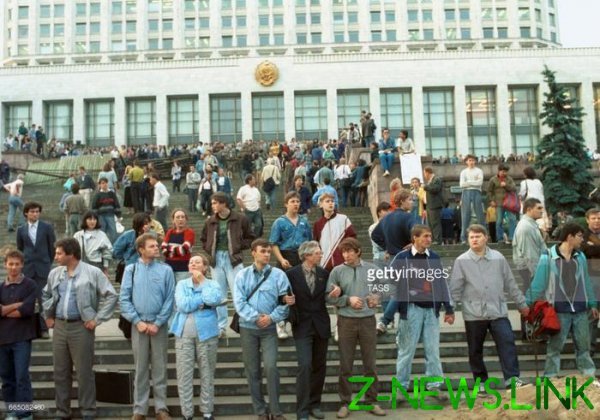 05. People build a barricade improvised, the picture was taken near the Supreme Council building: 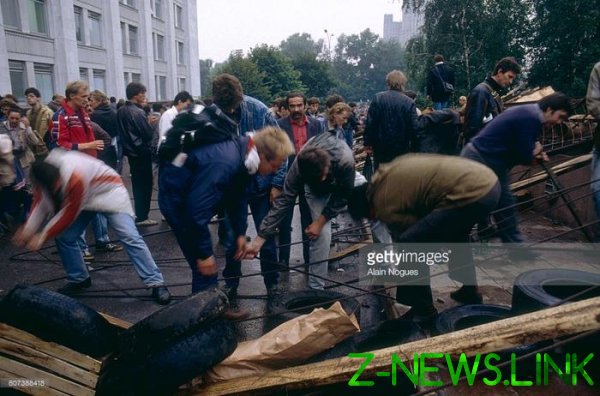 06. The construction of barricades near the White house. In the course were any materials, including that such naivete where holding a huge pipe diameter: 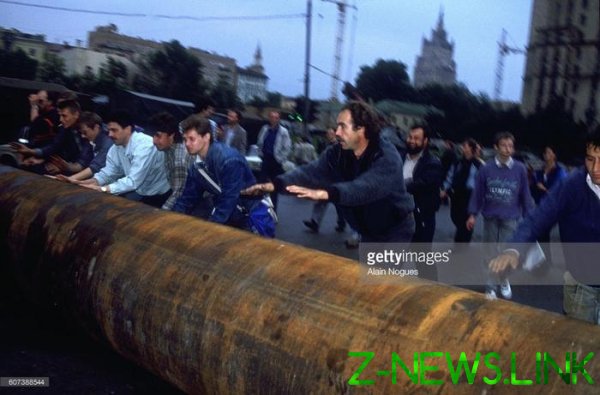 07. The protection of the White house wearing armbands with the tricolor, to distinguish “their” in case of possible clashes with the disguised police: 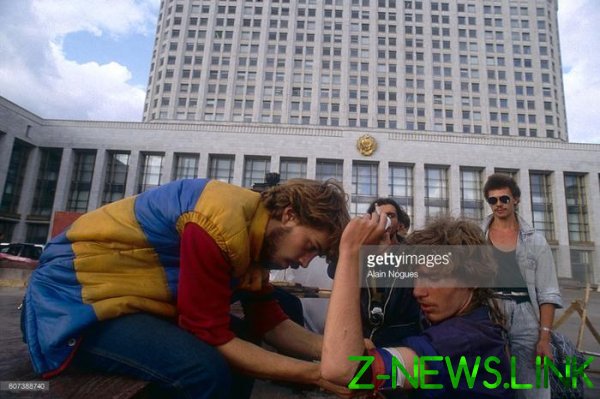 08. Daily life on the barricades. Something like Euromaidan in Kiev, held 22 years after the putsch. 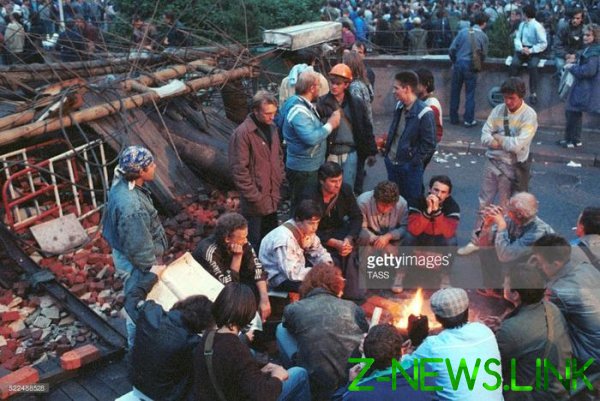 09. Field kitchen of the defenders: 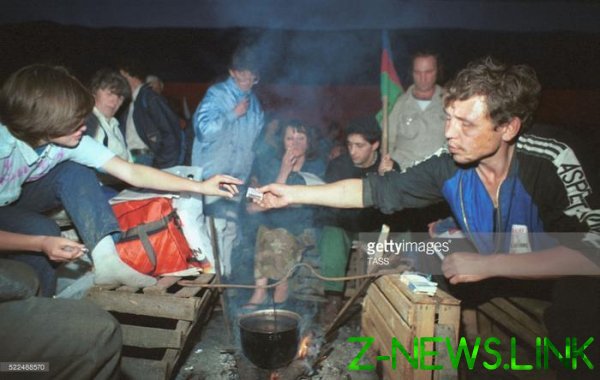 10. Barricade of the Supreme Council: 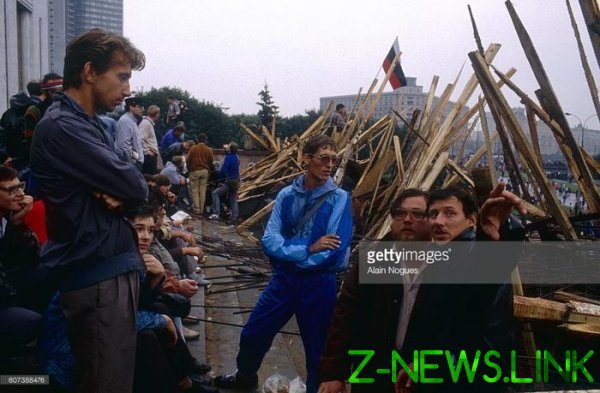 11. In response to the lock and security buildings in Moscow on the orders of the emergency Committee began to introduce armored vehicles: 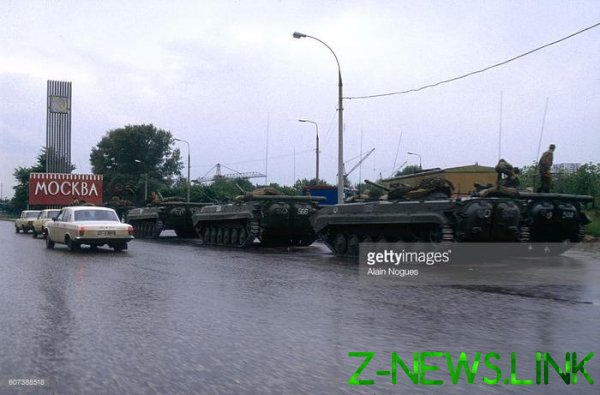 12. People block tanks and infantry fighting vehicles at the Manege square, a lively discussion erupted between demonstrators and soldiers: 13. Tanks on the Moscow streets: 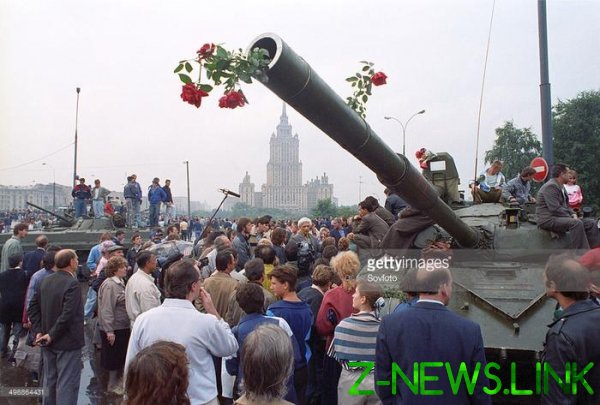 14. General Lebed, who was then Deputy commander of the airborne troops over to the side of the defenders of the White house, his example was followed by many other unit commanders. This has prevented the storming of the White house and the Supreme Council building, the plan of which has already been developed by the emergency Committee. 15. The soldiers read the latest news and flyers the protesters: 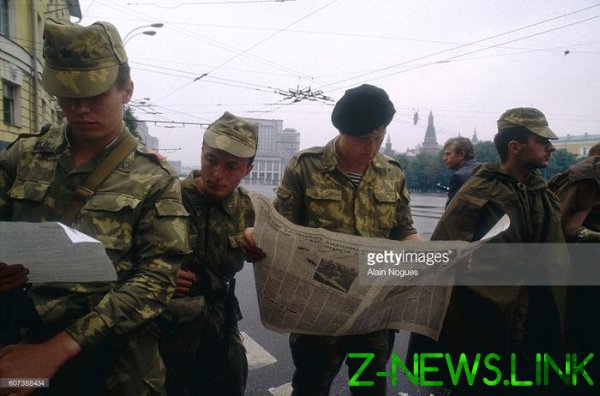 16. The night from 21 to 22 August. People knocked the monument to Yakov Sverdlov — Yes, 28 years ago in Moscow, too, was falling monuments) 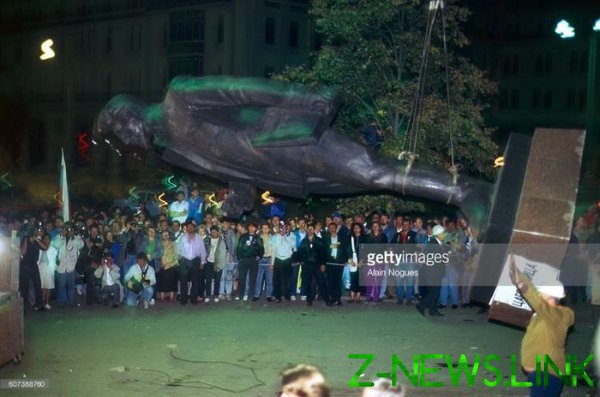 17. During the night clashes on the barricades killed 3 people who were buried the next day: 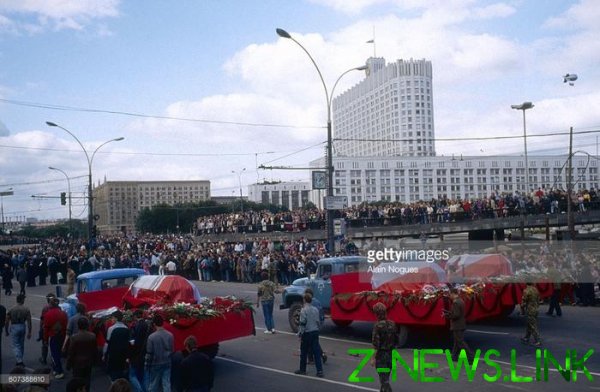 18. So in those years were the defenders of democracy in Russia, photo from the funeral of the victims of the barricades: 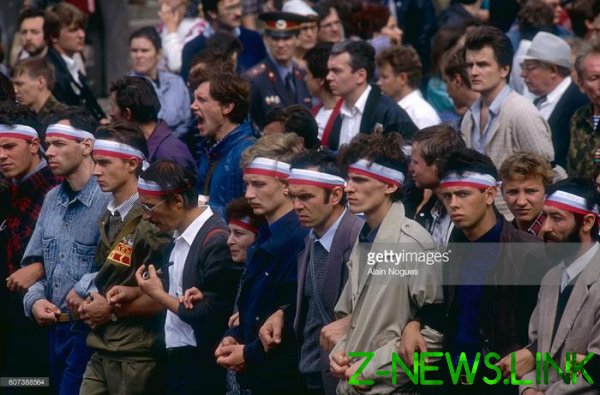 19. August 22, people greet Boris Yeltsin at the White house, this is after the fall of the emergency Committee and the arrest of all its members: 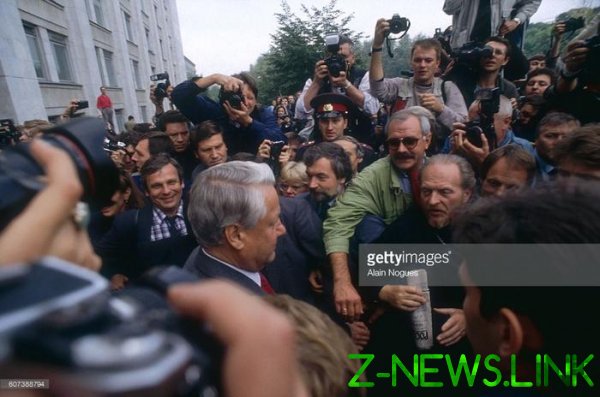 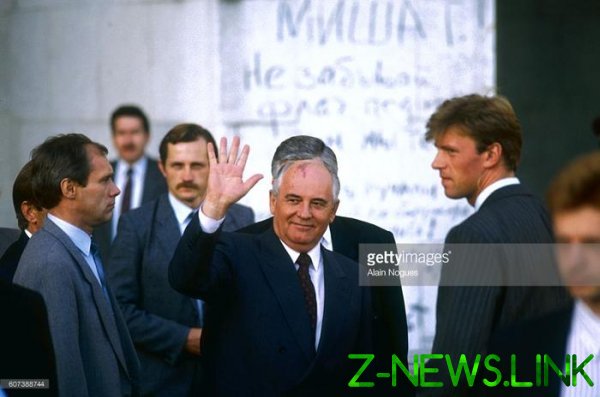 21. Until the end of the Soviet Union remained a few days. 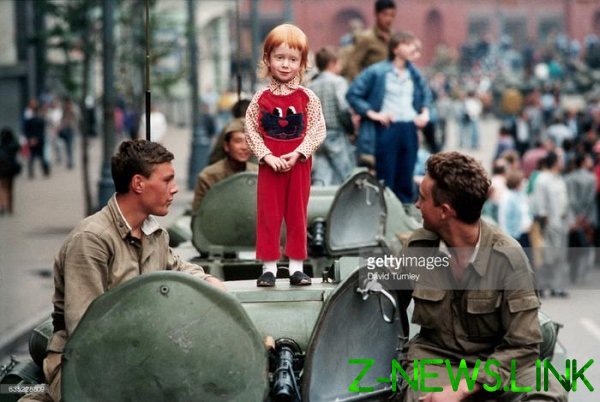 Do you remember those events? How do you evaluate them?

Write in the comments, interesting to read.