Home / policy / The Russians, on full came with the release

The Russians, on full came with the release 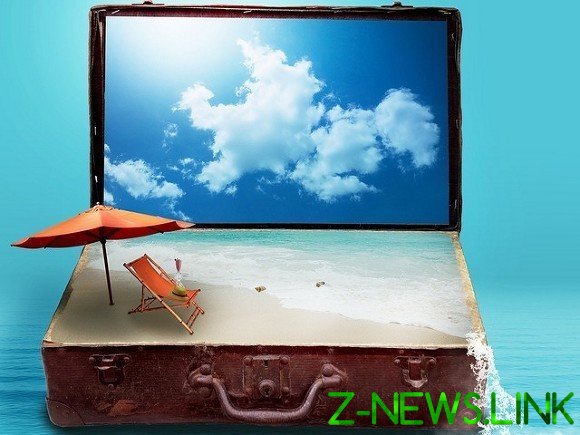 Foreign resorts are not in a hurry to open for the citizens of our country, and the rest on domestic threaten to spoil the environmental problems.

Delayed because of the epidemic and quarantine in Russia begins the period of summer vacations. Starts naturally with big limitations. Abroad for vacation is not yet available and it is unclear when it will open. And in your own country, the quality of the stay not only prevents “unobtrusive service” (although in some regions some progress on elimination of this shameful phenomenon there), but unfavorable environmental situation.

Abroad is not shining

As told at the briefing by the Executive Director of the Association of tour operators of Russia (ATOR) Maya Lomidze, the situation is “very complicated, maximally uncertain”. Wednesday, July 15, to be published a list of countries with which Russia may open up tourist traffic (right now tickets are sold only to limited categories of passengers with residence abroad, as well as going to the study, treatment and relatives in need of assistance, but certainly not tourists).

Which countries will be included in the list is unclear. And it does not mean that on Thursday someone somewhere will fly for vacation. The recovery process of a foreign holiday will take place “stage by stage and on condition of reciprocity”. To date, only eight countries have declared their readiness to accept our tourists and vacationers. Maya Lomidze read this list: it is Turkey, Egypt, United Arab Emirates, Croatia, Cuba, Dominican Republic, Mexico and the Maldives. All of these countries will require a certificate of absence of coronavirus and to measure temperature and other requirements of all its.

On Wednesday or Thursday about his decision regarding “Russo turisto” declare Italy, by the end of July to Spain. Also on Thursday, should come clear, when you start to take the Russians of Abkhazia. “It may be July 17 — may 17 — August,” with a touch of irony reminded Lomidze.

The total number of Russians who had pre-booked tours in the winter and spring to summer, the head of ATOR estimated about half a million people, of which a good two thirds booked abroad and paid vouchers in full or partially. The situation with the return of the money is unclear: still waiting for a special order of the government. And, as said Lomidze, in the draft resolution there is even a refund with interest. Let’s see what happens in reality.

“Our prediction: some excitement, the first phase of the opening of the international flights, as check-out and check-in, is not expected before August,” said Maya Lomidze, adding that it can be as early August or after the 15th.

Tourist flights to Turkey rebooked from July to August. By the way, just about the same situation are foreigners who wanted to visit our country. According to Maya Lomidze, the vast majority of foreign tourists about the situation with understanding and do not require a refund, and perebrannoe trips for next year. When what countries will arrive tourists absolutely unclear. In particular, the unclear situation with China — the main source of foreign tourists for the Russian Federation and part of the “home” of coronavirus.

Meanwhile, in his native country vacationers have gone. This thread turned out to be more than last year — which corresponds to the logic: if the boundary of the castle. According to the forecast ATOR, in an average season, the burden will increase by 15%. The increased popularity of such is not the hottest of places like the Altai Republic or Buryatia (in combination with Charter flights), and added a new resort region — Khakassia.

While the g-Zha Lomidze tried to calm the panic associated with rumors of a full house in the Crimea and Sochi, although confirming that the demand “Megawati”. The situation, according to her, looks something like this: first of all snapped up expensive — “until the beginning of September.” It is invested by wealthy Russians who could not go abroad. The most popular tours priced from 55 to 80 thousand rubles for two (Khakassia, for example, offers just 55-60 thousand for two with flights). Lomidze expressed hope and even confidence that even after the opening of the borders “collapse of the domestic armor will not.”

At the same time, “every day there are additional objects” in the Russian South in the form of hotels one star two stars. Cheap tickets for 24 thousand rubles for two are available in abundance. At the same time as intensified private sector, the data on which the ATOR does not have.

However, in addition to concerns that the South will not be places, there are alarms of a different nature: what about the environment at local resorts? This is especially should care about those citizens who decided to migrate the guests from abroad to his native land.

And here comes a lot of unpleasant messages from a variety of places. In anticipation of the holiday season on the beaches of Anapa was recorded pollution of the coastal line by oil products. In the Caspian sea, in the town of Izerbash, active tourists photographed the plum of sewage into the sea and laid out in Instagram. And swimming in the sea within the precincts of Makhachkala, the Republican Rospotrebnadzor prohibited: the water found in choleriform Vibrio that pose the risk of emergence and spread of acute intestinal infectious diseases. The main cause of pollution discharge into the Caspian sea, untreated sewage and runoff. And this situation lasts year after year.

As noted by the correspondent of “Rosbalt” a member of the public Council under the Federal tourism Agency, head of the Tourism expert community TPP Sergey Pozdnyakov and a representative of the Environmental watch of the “Greenpeace” across the North Caucasus Andrey Rudomakha, the situation with resorts in General for the better does not change.

According Pozdnyakov, although industrial pollution is now something which has become better — just because many factories have closed or temporarily suspended work because of the epidemic increase in the number of tourists increased load on the infrastructure, which is already pretty much worn out.

“The theme of Noumea and its bays and earlier has been raised repeatedly, for 20 years, but solutions to this problem and no, — said Pozdnyakov. — All channels went, in the Big Sochi a huge burden on the beaches, so many people came. Many yearned for the freedom and the water ran more than planned”.

No better situation in the Crimea. Social activists from Koktebel and Feodosia, according to MK, complain that the beaches are flooded with sewage, and the water is contaminated with sewage. And even suggest you to choose wild beaches away from the settlements. The problem is that in the majority of seaside settlements outdated sewage treatment plant is designed for a limited amount of processing waste, which during the tourist season significantly increases. Aggravates the situation and the desire of the local population to earn (money raised over the holiday season, many are still remaining before the next arrival of tourists the months). Therefore, the plots for the coli grow mini-hotels and hotels, and drains, designed for one family, with high load can not cope. In addition, often coastal hotels and cafes connected to water but not to sanitation. The result, as they say, on the surface.

In this situation, Sergei Pozdnyakov considers the optimal choice for families in the current difficult season is to vacation close to home: “within 500 miles”, focusing on “the guest house, places on the rivers.”

But, unfortunately, from regions outside the South, too, report surprises for the tourists. From Berezniki on the Kama write about the pollution of the river by chlorides of calcium, the Prosecutor’s office looking for the culprit, the residents nod to the local chemical industry. The dirt on the shoreline recorded in Sestroretsk, near the Northern capital. In addition, burning of the Siberian taiga, and burns, according to “Novye Izvestia”, a record pace: in may in the atmosphere were about 60 megatonnes of carbon dioxide, which is 6 megatons above last year’s level. How will this affect the rest?

About what we need from all forces to develop the domestic tourism in our country, from high tribunes it was said long ago — before all of coronavirus. The high-ranking officials and politicians of the Patriotic wing of travel in their home country was seen as a good counterweight to the “groveling before the West”. And how many projects, good and different, it was stated, in the same 2014, on the wave of Patriotic enthusiasm. But the who almost not moving. And now, it seems, accustomed to foreign travelers travelers share their experiences about domestic resorts widely.