The Russians have borrowed 1.7 trillion rubles 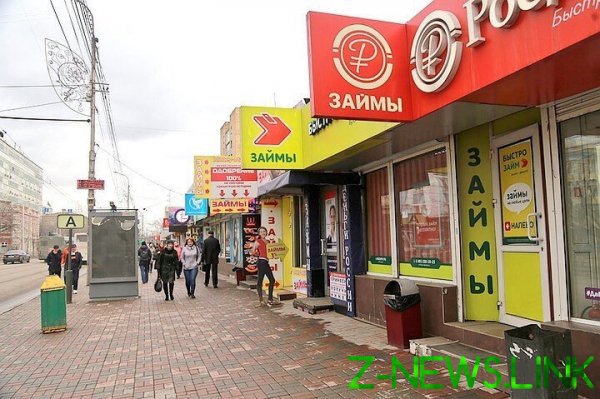 In Russia, most of debts on loans to residents of Volga Federal district as evidenced by the data of the Federal bailiff service (FSSP), which first introduced the geography of the recovery of debts of citizens before credit institutions.

According to the FSSP, the number of credit debt exacted from the citizens the absolute leader is the Volga Federal district with 1.18 million Executive productions (20% of all Russian). The inhabitants of the Volga region bailiffs charge 234 billion. In second place – Siberia (979 thousand of plants for the recovery of 169 billion rubles), and the third Central Russia (954 thousand productions at 607 billion). As for the Northwest, here the credit debt, there are 567 thousand to 131 billion rubles. But in the far East accumulated a debt of only 82 billion.

Although Moscow is the undisputed leader in the country by the number of “wealthy” debtors on loans (in total police officers have been sought in the capital on July 1, 252.2 bln rubles), the number of debtors themselves (and enforcement proceedings), it was only in 12th place among all regions. Data bailiffs testify that, although Moscow and the Moscow region account for only 5% of all enforcement proceedings to recover loans, the amount of accumulated debt makes up a quarter of all police officers exacted the debt to the banks in Russia. In the first of three in the number of credit debtors in the country fell Krasnodar Krai (292 thousand manufactures about 80 billion rubles) and Bashkiria (240 thousand industries 40 billion RUB), where the number of debtors on the credits twice the number of debtors Moscow and Krasnoyarsk Krai (from 214 thousand productions at 39 billion rubles).

However, the sad statistics total: on recovery from the bailiffs was of 5.67 million credit debts of citizens almost 1.7 trillion roubles. In addition to bailiff recovery of credit debt do the banks themselves and microfinance institutions as well as collectors.