Home / economy / The Russians do not pull a mortgage

The Russians do not pull a mortgage 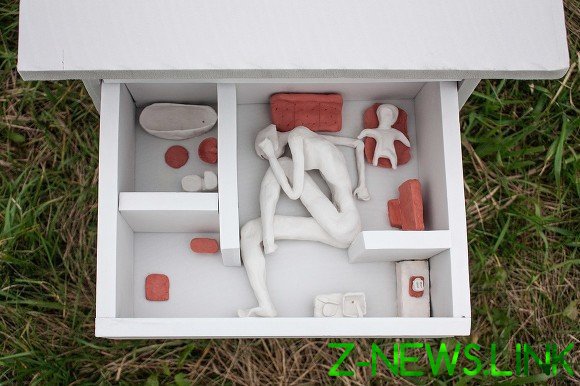 Now two out of a hundred apartments on the secondary housing — credit, offered for sale, together with the people living there; in two years they will be five times more.

According to analysts of Century 21 by 2021, the number of apartments seized by banks for debt and put up for sale along with insolvent owners, will reach 10%.

As explained by the “Rosbalt” the commercial Director of the company Igor Babkin, they are based on several parameters. In the first place, is active growth of mortgage crediting. “In 2018 in Moscow and the Moscow region 80 thousand real estate transactions were concluded with the assistance of loan. This is 56% of the total, which is 6% higher than a year earlier. The figures will continue to grow, as banks actively use this scheme”, — said Babkin.

The second reason, he said, was the growth of overdue loans. “In the beginning of 2019 the volume of mortgage debt in Russia made up 6.41 trillion rubles. Incomes are decreasing. The population is unable to cope with the timely payment of loans, and banks take appropriate measures. Thus, the arrears will continue to grow”, — he said.

“We also drew attention to the statistical Bulletin of the Uniform Federal register of data on bankruptcy from December 31, 2018. According to published reports, last year, compared with 2017 year there had been significant growth in the number of reports of recognition of a citizen bankrupt and initiating the sale of property of the citizen in relation to individuals and individual entrepreneurs — 47%.

Was important and our internal statistics. The average is now two apartments of a hundred find themselves with the encumbrance. This apartment, which has put up for sale by banks, but the residents there are not yet evicted,” — said Babkin.

“We will see gains similar problem apartments. As a result, the end user will become much more difficult to acquire a clean property on the secondary market,” — says Babkin.

See also:  Press conference of the Prime Minister: it is short and not about the main

A fivefold increase is a lot, but it is likely, says Director of Bank Institute of the HSE Vasily Solodkov. “If Rosstat changed the methodology of calculating real incomes on the one hand, and on the other we are almost out of recession in the economy go directly to the 4% growth, it is likely that the statistics is bad. As a result, we lost the thermometer, with which temperature is measured. What’s really going on, unknown to science. While it is clear only that no breakthroughs are not planned, and the situation in General, continues to deteriorate on all fronts. So, such growth is possible. Another thing that analysts need in order to have something to predict. And how it really turns around, actually no one knows,” — said “Rosbalt”.

According to him, the factors that affect it, very much. But while positive trends in the economy there, and wait for them nowhere. “If your apartment were in pledge at Bank, it is true that a situation may arise when it will go on sale along with those who registered there. This trend is, Yes,” said Solodkov.

Pick mortgage apartment for the debts of the Bank through the courts. Typically, such housing is first put up for auction. But if you implement it fails, it goes to the Bank’s balance sheet, which can be engaged in selling independently.

“There are times when the former owner, despite the court’s decision and the change object owner does not wish to vacate the premises, then action for eviction of illegally residing residents will be the new owner” — quoted by “Kommersant” head of retail Department recovery VTB Evgeny Novikov.

Of course, during the mortgage boom of apartment loans could buy, not much thinking about what to give him up. But most likely, among the debtors more people who took a mortgage deliberately, assuming it back. Just then lost his income, lost his job and was not able to cope with the debt, he said.

According to the Director of the Center for market research HSE George Ostapkovich, such predictions are questioning the development of the mortgage, saying that the population will not be able in two years to cope with their loans. “I have no reason to believe that everything will be exactly,” — said the expert. Although the Central Bank continues to report on the growth of mortgage lending, and real disposable money incomes are not growing. And this, according to Ostapkovich, the most important indicator.

See also:  PayPal started to freeze the accounts of users of cryptocurrency

“We are meeting the economic nonsense: 10 consecutive quarters of rising GDP, that is, the economy is growing, and the fifth consecutive year of falling real incomes. It is generally not accepted. After all, for whom the economy? For people, for people. And we, it turns out, growth for growth”, — said the expert.

And yet, in order to share banks seized of apartments on the secondary market increased five-fold in two years, it should happen if not a complete impoverishment of the population, the significant drop in income. “Such a collapse can pass only in the case that the economy is very bad” — he said. According to experts, this development may cause social turbulence, and the government will probably try to minimize the risks. “In General, this trend possible. But such a precipitous situation, I do not expect”, — he concluded.

The experts of the National Bureau of credit histories was also cautious in assessing the situation and forecasts. “Currently, the segment of mortgage lending situation is quite stable and serious of the problems is we do not see. The level of overdue debt on mortgages — the lowest among all types of retail lending: overdue more than 90 days currently stands at no more than 2.5% and 2.7% of the total volume of mortgage loans. Let’s not forget about the upcoming law on the mortgage vacation, which aims to alleviate the debt burden of citizens who are in difficult life situation”, — said marketing Director of nbki Alexey Volkov. However, the main risk factor in terms of growth of debt burden (not only in the segment of mortgage and all other types of retail lending) remains a possible reduction in real incomes, he added.