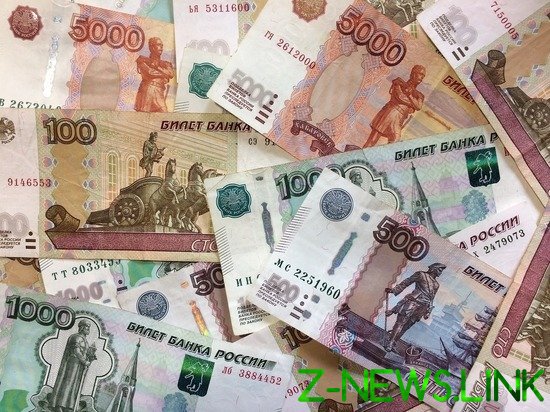 Got in debt borrowers remained the only way out

The “bubble” of consumer credit is exhausted, not having lived through the pandemic coronavirus. The amount of arrears soared: the loans growth was 129%, and the volume of mortgage loans that are not serviced 30-60 days, increased by 125%. This was reported to the credit history Bureau “Equifax”. Along with this, in March, were granted loans of almost one trillion rubles. This is a record figure. It turns out that people were preparing for the fact that they don’t actually have anything to live and stocked with borrowed funds. Now the population is unable to service debt obligations, and banks, realizing the seriousness of the situation, began to “tighten the screws”, rejecting more than half of the loan applications. Experts explain what to do to borrowers in this situation.

Almost 90% expired in the midst of a pandemic of loans remained problematic, found in “Equifax”. Despite the lifting of quarantine restrictions, the citizens are unable to restore your financial situation and still not able to make payments.

The growth of overdue debts on consumer loans caused by the deterioration of the creditworthiness of Russian citizens in the conditions of recession in the second quarter because of the impact of coronavirus infection, which according to the Bank of Russia could reach 9.5-10% year-on-year, says the Chairman of the CCP “Update” Mikhail Dorofeyev.

Banks have obviously been prepared for such a scenario and since of the tightening of lending standards that resulted in a fall in the share of approved applications for credit cards in may to 31%, decreasing over the year by 8%.

“Changing credit policies of banks and dynamics of non-performing loans will be directly linked to the pace of economic recovery, which according to Bank of Russia estimates, could take about two years — said Dorofeyev. — In the coming months you can expect a saving caution of banks in granting new loans.”

Delay by far will continue to grow, the expert believes the real estate market of the Academy of management Finance and investments Aleksey Krichevskiy.

“Work for the months of coronaries lost 5 to 10 million people, and millions more have only just started to recover their sources of income, having the opportunity to re-earn their employment from June. Along with this, in March there were issued loans of nearly a trillion rubles, and more specifically — to 921 billion Is a record figure for this month, and in comparison with February, the volume grew by a fifth, a year-on-year by 28%,” — said the analyst.

According to the interlocutor of “MK”, it says that people were going to actually not have anything to live and stocked with borrowed funds.

The volume of overdue loans will continue to rise due to falling incomes, says the head of analytical Department AMarkets Artem Deev. Recall that the Ministry of economic development and the Ministry of labor predict that by the end of the year, incomes may fall even up to 10-12%.

“More than half of the population pay from one to three credits at a time, while more than 30% of citizens pay every month on loans of more than 50% of their income, — said the expert. In the future, financial institutions will gradually reduce the volume of lending, as people have high levels of debt”.

According to experts, the only way for borrowers caught in a “debt trap” is to declare bankruptcy. By the way, if for 2019 bankrupt, it was recognized almost 70 thousand people, while this year their number will at least triple. And in this economic situation it is not the worst option, because to deal with collectors will be much more difficult.