Home / policy / The Russians come SMS with the offer to get $10 million from the U.S. Department of state 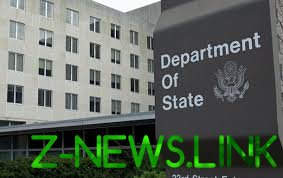 For information about interference in the elections in the States

The Russians began to come SMS-messages with the offer to get $ 10 million from the US state Department for interference in the elections in the States. Screenshots of the messages published by residents of different cities, including published by the Deputy of the Duma of Yekaterinburg Timothy beetles.

The link specified in the message leads to a verified Twitter accout program of the US state Department “Rewards for justice”. The account also reported that the US “will reward those who help us in the fight against interference in elections”.

The hashtag “Election_Reward” on Twitter posted dozens of messages a program of the Department of state in various languages.

That state governments are willing to pay 10 million dollars for information about interference in the election, said Secretary of state Mike Pompeo, a message published on the official website of the state Department. “The program “Reward for justice” the State Department offers rewards of up to 10 million U.S. dollars for information allowing to establish the identity of any person who, acting at the direction or under the control of a foreign government intervenes in elections in the United States, participating in a particular cybercriminal activity,” said Pompeo.

Information about the award already commented the press Secretary of the Russian foreign Ministry Maria Zakharova. “Everyone?! Now the site of the state Department will fall from the denunciations of neighbors?” — she wrote on his page on Facebook.

On the program’s website States that it was created to award compensation for the counter-terrorism efforts and administreres Bureau of diplomatic security of U.S. Department of state. According to the website, since the beginning of the program, the U.S. government paid more than $ 150 million to more than 100 persons who submitted timely information, “which allowed to send terrorists behind bars or prevented acts of international terrorism worldwide.”

Note that the message to the Russians through the program CentrSoobsh is a service that is commonly used to send spam or to send fake SMS to hack accounts for various scams.

The United States presidential election will be held on November 3.