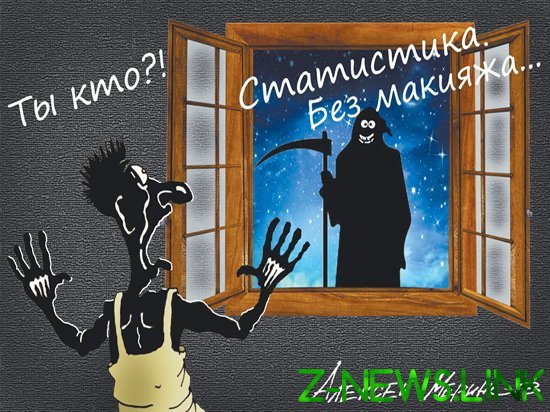 During a pandemic, 70% of Russians have reduced spending on clothing and footwear, and 38% for food. Deloitte, is clear about the definition, connects the situation with the losing of work or a sharp decline in earnings. Research Deloitte joined several other: thus, every fifth inhabitant of the country, according to the survey “Rosgosstrakh Life,” admitted a significant drop in real income. And according to the forecast of the Institute “development Center” higher school of Economics, the revenues in the second quarter will fall by 18%. Meanwhile, the authorities in the face of economic development declare that the information is untrue, look at Rosstat data for January–March. But what does the first quarter?

Well, look: according to Rosstat, in January–March real disposable incomes of Russians decreased by 0.2% and nominal (without taking into account inflation and the purchasing power of money) increased by 3.3%. In April, with the onset of restrictive measures due to the spread of COVID-19, real wages decreased by 2% compared to April last year. But official figures on earnings for April–June yet: Rosstat going to present them only on July 17. Maybe I shouldn’t have to appeal the Ministry of economic development statistics for another time period, when the economy was obviously better? By the way, the MAYOR also points to FTS data and the Bank of Russia according to which in may consumer demand improved somewhat. So, conclude the officials, with the income we have everything in order.

Meanwhile, against the backdrop of the real situation the logic chain falls apart. Of course, to assess the dynamics of real incomes in the period of coronaries, you need the latest information, the Director of the Institute of strategic analysis FBK Igor Nikolaev. According to him, in March of macroeconomic indicators in General were good, the impact of the pandemic is felt only separate branches, in particular, air transport and tourism. The failure occurred in April and may. In March, many employers had to pay workers wages in full, in April it has become difficult, and in may it is often impossible. It is clear that revenues have dipped significantly. In addition, says Nikolaev, the official statistics does not reflect the millions of self-employed, most affected by the crisis: hairdressers, Tutors, plumbers, private owners — in short, all those whom coronatine thrown overboard in the labour market.

Refuting a sharp decline in the incomes of the population, Ministry of economic development points to the may revival in consumer demand. But incomes and demand different things, says first Vice-President of “OPORA Russia” Paul Segal. First, in the period of a pandemic, consumer activity increased due to the purchases of products long-term storage and of personal protective equipment — masks, gloves, sanitizers. Second, demand could grow not only through wages but also through loans. In General, the results of various opinion polls, the drop in income, said more than 40% of the population. Because uncertainty remains, people will continue consciously to reduce the cost of the goods not the first necessity — clothes, shoes, cosmetics.

In may the volume of retail trade fell by 19.2% compared to may of last year, the volume of paid services fell from 39.5%. These figures leads the Chairman of the Board of the CCP “Update” Mikhail Dorofeyev. Consumer sentiment, said he dived to the values of the first quarter of 2016, when the country was just beginning to move away from the recession. Aware of the risk of the second wave of the pandemic, people are trying to keep unnecessary costs to a minimum or to refuse them. It can touch goods, such as appliances, electronics, automobiles, and spending on entertainment and restaurants. With regard to real disposable income, the decline in varying degrees, have already materialized for many. For the year this index can range from minus 8.2 percent to minus 12.1 percent, according to the Institute “development Center” HSE.

The country is now more than 10 million unemployed, several millions or were forced to sign a statement on vacation at his own expense, or to survive on benefits, or to credit the minimum wage, says the expert of the Academy of management Finance and investments Aleksey Krichevskiy. So it is quite logical that the population had drastically cut spending even on basic needs. And to buy something in shops in addition to food and essential goods was not possible, only if you order online. And Rosstat data on wages for the first quarter of nothing to say: the growth of nominal wages can “draw” at least 30%, but in the pockets of this money will not increase.