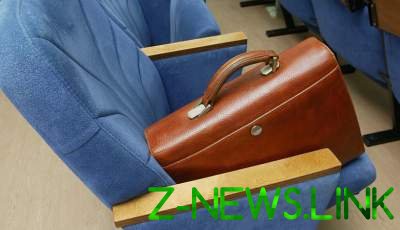 A criminal case has already been tried.

In the Republic of Karelia sent to court a criminal case against the former head of the state road supervision for the Republic of the Federal service for supervision in the sphere of transport (UGADN in Kazakhstan) who beat his subordinates and took away their money. On Wednesday reported the press service of the Prosecutor of the Republic.

Another defendant is a former Deputy chief of one of departments of management. Both are accused of excess of powers of office with application of violence, as well as in the assignment using his official position.

“According to investigators, in February 2016, the head of Department in his office together with the Deputy head of the management Department after receiving from one of his subordinates explanations in the service left him on the floor and hit him in the neck. Former Deputy head of the Department also is accused of committing in October 2016 at the post of weight control on the highway “Kola” similar crime against another slave. He punched the officer in the ear, suspecting that writing complaints about him to the head”, — reported in Department.

Read also: Russia has considered how much she should Belarus

The former head of UGADN in the Republic is also accused of misappropriation of funds totalling $ 35 thousand. According to preliminary investigation, head of the accrued additional incentive payments to its employees, some of which they were forced to give him.