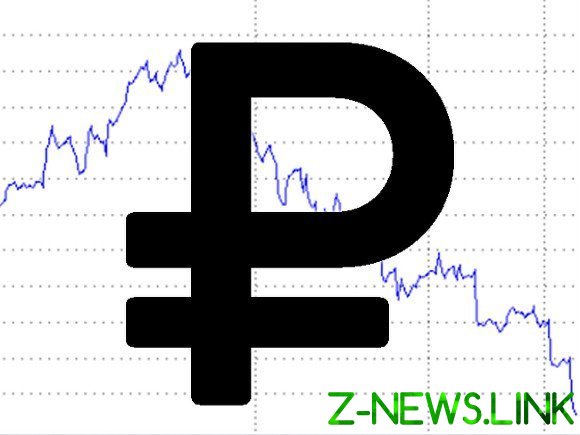 The Russian currency significantly depreciates against the dollar and Euro in evening trading on the Moscow exchange, with the U.S. currency for the first time since December 12, 2019 overcame up the milestone in 63 of the ruble.

The ruble depreciates against the background of General decline in world stock exchanges because of concerns about the rapid spread of a new type of coronavirus from China.

Recall that the outbreak of pneumonia caused by a new coronavirus, was recorded in December 2019 in the Chinese city of Wuhan. To date, the total number of victims of the virus exceeded 80 people. For the last day in the province of 769 new cases, 371 of them in Hubei province. Total number of cases in the country reached almost 3 thousand people. Cases of infection recorded in Hong Kong, Macau, Taiwan, Thailand, Japan, South Korea, USA, Canada, Vietnam, Singapore, Nepal, France, Australia, Malaysia, Portugal.

The symptoms of cases of the novel coronavirus — fever, chills, cough, sore throat and muscles, breathing problems and lung damage. The disease is transmitted by airborne droplets.

While scientists from the Chinese city of Wuhan have warned that at the moment to accurately diagnose the virus can only be by means of additional analyses. Moreover, in the early stages of the disease may be obvious signs such as coughing and high temperature.

As the expert on the stock market “BCS” Dmitry Babin, “against the backdrop of increasing number of cases are growing concerns about the negative impact of this problem on the global economy”. “However, basically it is emotional in nature, as in the information discharge in the media reduced consumer spending, which strikes most sectors of the economy and spheres of life in China. However, this trend threatens to spread to other regions, including due to high dependence on Chinese consumption abroad”, — said in the review expert.

However, he points out that “the oil market continues to look vulnerable to the negative effects of history with a new virus, demonstrating one of the weakest speaker among the world’s playgrounds.”

For his part, Director of the Academy of management Finance and investment Arseniy Dadashov says that “the dollar as a safe asset in high demand in pairs with profitable rivals”. “A full-fledged return of the interest risk should not be expected until then, until the news about the retreat of the epidemic”, — the expert believes.

Agrees with him and IAC analyst “Alpari” Vladislav Antonov, who adds that the ruble “the peak of the tax period is passed, and investors are fleeing from risky assets”.