Home / policy / The Russian national currency continues to weaken, the Euro has passed for 84 rubles

The Russian national currency continues to weaken, the Euro has passed for 84 rubles 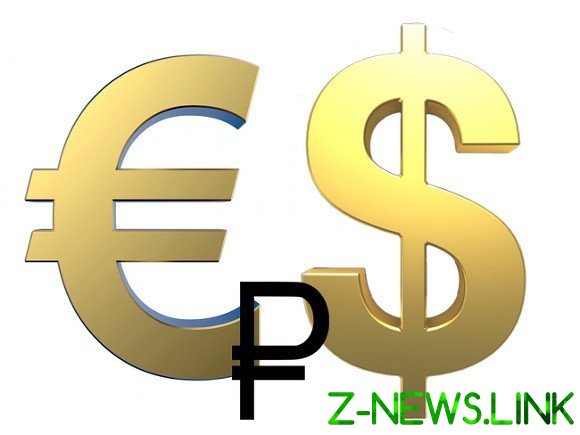 The weakening of Russian national currency in the course of trading on the Moscow stock exchange by Tuesday night were strengthened and the Euro for the first time from April 3 to overcome the barrier 84 rubles.

As noted by the head of Department of the analysis of banks and money market IK “VELES Capital” Yuri Kravchenko, “attention on the local currency market on Tuesday was focused on oil prices”. “During the day, June Brent futures fell below $ 19 per barrel. Towards evening the price returned to the level above $ 20., overall, however, the quotes were lost per day more than 20%. The ruble in such conditions was in the number of outsiders among the currencies of emerging markets, losing to the end of the day almost 2% against the dollar and the Euro”, — said in the review expert.

However, he believes that “in General such a result can be considered very optimistic amid the collapse in oil prices”. “Most EM currencies also were traded on Tuesday in negative territory, following the General risk aversion in the global markets”, — stressed Kravchenko.

Against the background of falling oil prices is greatly reduced and the Russian stock market: ruble index Mosberg lost on Tuesday to 1.5%, the dollar index of RTS — 5,26%.

“Today is another black day in the oil market. On the eve of the fall only the middle WTI futures, which really matched a lot of chances, today all oil contracts at a serious disadvantage, and this is not a joke,” warns a senior analyst at IAC “Alpari” Anna Bodrov.

According to her, “for the ruble cheap raw materials is very bad news.” “Now it is clear that the Russian budget deficit will only grow, times energy cheaper. The easiest way to cover the deficit, the devaluation of the ruble,” — ironically expert.