The Russian Minister cheered another fake about Syria 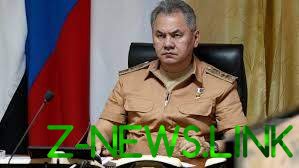 The Minister of defence of the Russian Federation Sergey Shoigu said that during the operation of the Air-space forces in Syria were liberated territory in 503 223 square km, almost three times the size of that state.

He said this in the Philippines at the meeting of defense Ministers of member countries of ASEAN and dialogue partners.

“Liberated 998 cities and towns, released the 503 area of 223 sq. km and Eliminated most of the fighters. Started the process of restoring peaceful life in the country”, – said Shoigu.

According to him, in 2015, when Russian began the Syrian military campaign, the area controlled by terrorists of the Islamic state territory has decreased from 70% to 5%.

As stressed Medusa, the area of Syria is 185 thousand sq. km, i.e. more than 2.7 times less than the territory, which release said Shoigu.