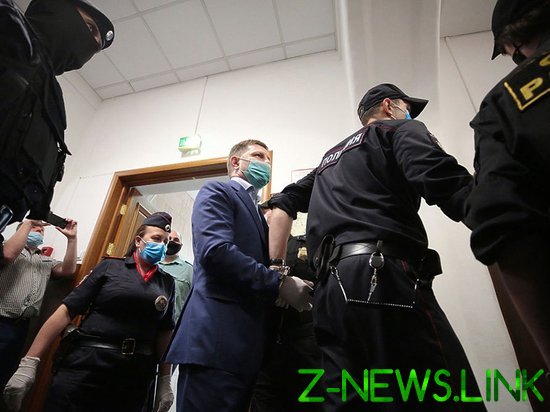 You do not resemble the events in Khabarovsk, Komsomolsk-on-Amur? Me — Yes. In 1986, the most serene Republic of Kazakhstan is at fault first Secretary Kunaev Dinmuhamed Moscow has appointed Gennady Kolbin. And these are the quietest people, mainly Kazakhs (they were then in the Kazakh SSR was in the minority) took to the street in protest. The slogans were: “Stop dictating!”, “Every nation — their leader!”, “We need a leader is a Kazakh!”. It was the first mass protest since perestroika, Gorbachev’s times. First swallow. Moscow then nor at once, but made concessions in 1989 Kolbin still removed. But it has not helped. Then there was the Karabakh, Tbilisi, Baku, Azerbaijan, Yerevan, Transnistria, Vilnius, Riga… Moscow! You all know how that ended.

And there was another referendum in March 1991, the years with very good relevant question: “do you Consider necessary the preservation of the Union of Soviet Socialist Republics as a renewed Federation of equal sovereign republics, which will fully guarantee the rights and freedoms of any nationality?”. Of course, this very properly raised the question (on paper) the vast majority of Soviet citizens wanted to vote in favour. Voted! Here are the results of the referendum of 17 March 1991: “for” — for 77.85% “against” — 22,15%. Again: you did not like?

Your current referendum called “a vote for the amendments to the Constitution” the government won with an equally devastating result, 78%, one to one. Power very skillfully played to an intimate, maybe even sacred feelings of their citizens, found these reference points, knocked them with terrible force, and here celebrates the victory. But is this a Pyrrhic victory?

Yes, all analogies limp. Then, in Kazakhstan, exploded primarily a national question. Here and now, on squares and streets of Khabarovsk came Russian, no navarroza is not in sight. There is no longer the country that disintegrated overnight, three days, the stupid economy, which is planned as nails need to produce in each country, and fell from the slightest breath of a breeze the oil. Now the country is different (less), and the economy, which is due to all the curse Gaidar, survived all the post-Soviet economic disaster, and now standing, though wobbly. But remained amazing Moscow pride, the desire of the Federal center, the capital city, the best city in the world to interfere in everything. If then at the beginning of Gorbachev’s reforms quietest Kazakhs not suffered, the quietest Khabarovsk will not tolerate even more.

And yet, and this is most important. Remained flawed system court from 1937 year. This is when the police are only an instrument, a tool, a lever in the hands of the ruling party, and true, accurately, thoroughly carry out a quiet telephone orders. Moreover, in the post-Soviet, “free” Russia judicial lawlessness, the arrogance still increased. First, in the 90s, courts were almost totally bought up on a root with the oligarchs in the zero state took revenge.

Really awful both: the decisions of the courts, the actions of the investigative Committee, the FSB now does not trust anybody. People say: the journalist Safronov spy, he sold the Home. “We don’t believe” — meet people, prove. No, not prove. People say: the Governor Furgal, a murderer, a customer, criminal, Baron. “We don’t believe” — meet people, prove. And even if you prove it, still do not believe. So this is now happening.

Think, wonder why took Furgala? Some say he thinks a lot of herself, his ranking is already higher than the President. Other: he had not included the administrative resource in the voting process that’s happened in the Khabarovsk region one of the lowest appearances, and only 62% in favour. And where you need 78?

But then it turns out that the government knew about gangster past Furgala, but said nothing until then, it’s only profitable for hanging the Governor for the thread. And then how many more of these suspended rule Russia? And if you do not know, what is this power?

Distrust puppet court has a direct impact on power: it, too, no longer trust. To control Russia through calibrated television political technologies — a good thing, but from time to time. It all hangs on the live thread (on the chekist hook), but how much more country can hang in such an uncomfortable position. Vladimir Putin, of course, has done much for the Russian state. He has not done one thing: did not give the courts independence. Because it was convenient, of course. But for what fought for it…

Now, after the great victory over amendments to the Constitution, a power the group also decided to reformat, zero out. Some friends (who we do not comrades) felt that new high Patriotic music and once again began to grow as the Dragon’s teeth. So once said Sergei Dorenko in his latest TV program, after which it was closed. These people — the security forces who feel that their hour had come. They are strength, they are the power.

“You do not let them again roll up our sleeves!” — sang Yuri Shevchuk. Now it looks like only one person in this country depends. But he seems to be trapped, which he built for himself.