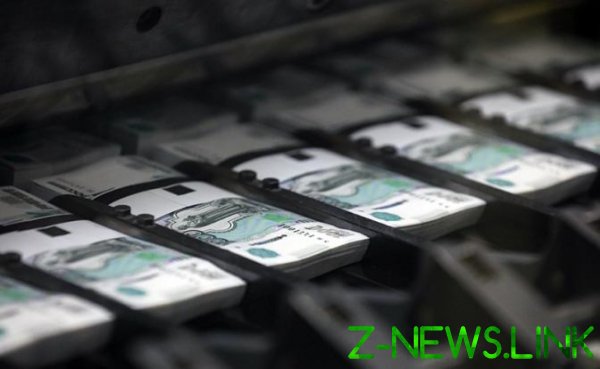 August is traditionally considered one of Russia’s most difficult months of the year. Perhaps “the August curse,” as the Western media, for modern Russia started in 1991, when there was a coup. Then in August of 1994 there was a collapse of the financial pyramid MMM, and in 1998 started one of the most serious financial crises in the newest history of Russia. In August, the government defaulted and the ruble fell from 6 to 21 to the dollar in just six months.

In 90-e and zero in August, the terrorist attacks, disasters (the death of the submarine “Kursk”), crash (the Sayano-Shushenskaya hydroelectric power plant) and natural disasters (heat waves and forest fires in 2010). In the last decade, however, this month became less tragic, and some media even began to write that “black August” in the past.

However, in recent years, August has had enough negative events. But the shock became more financial. In 2014 this month, Western countries first introduced sectoral sanctions against Russia. And last year, after the announcement of the next restrictions (which in the end has not been introduced in full) in August, the dollar jumped immediately to six rubles.

If we ignore the mystique, the experts have an explanation for that in August in Russia are most likely financial shocks. Due to mass and leave in the summer, a decrease in business activity, as well as our financial system is largely dependent on short-term speculative operations, this decline often leads to complications, especially during external shocks.

Should I wait for the “black August” this year and are there any risks for the Russian financial system and the ruble? Economists believe that there is.

Next week will be a meeting of the leadership of the Federal reserve system (the fed). On it the Board will take a decision on whether to lower the interest rate for the first time in ten years. Although this step is a big surprise for the market will not be the rhetoric of the fed will be of great importance for the future. If the fed hinted at the possibility of further rate cuts, this will lead to the weakening of the dollar.

At first glance, the ruble is positive. Our currency is so strengthened from the beginning of the year more than 10%, and now the rate is around 63 per dollar. However, further strengthening of the ruble may have not the best consequences. One of the negative scenarios described by blogger Michael Volkhonsky.

If the dollar starts to fall, and the media will convince people that this process will continue and their dollar holdings will be worthless, people may begin to massively change the currency increasing its supply in the market. Then the speculators will begin to buy “green”, and it will lead to deficiency and subsequent surge in the dollar to 70 and above. In previous years, such speculative scenarios with the rise of the dollar in time to 70-80 and subsequent rollback has already happened, and such a repeat in August is not excluded.

“For the ruble August is historically a difficult month: we expect a significant drop in demand for the currency, despite the strong macroeconomic performance — growth of volume of foreign exchange reserves while maintaining low debt levels. Continue the sanctions and geopolitical risks: in March 2020 to begin the trial of the suspects in the crash “Boeing” flight MH17 over the Donbass, in the summer a report will be published about the middle the President of the Russian Federation”, — said in comments “SP” head of the Luxembourg office of an international consulting Corporation KRK Group Nikita Ryabinin.

In addition, economic stagnation, decline in GDP growth and real incomes can also run the crisis processes, if match with internal or external shocks. Saturday’s protests in Moscow and the subsequent detention of the activists is unlikely to pull on the Russian Maidan, however, with worsening economic situation, the protests may increase.

The head of the Union of entrepreneurs and tenants of Russia Andrey Bunich believes that in the circumstances it is possible repetition of the scenario of the “black August” 1998, and even 1991. And while the probability is not so high, we cannot rule it out.

When August showed himself before, nothing seems to be no signs of trouble. The main economic “black August” had happened in 1998, when the collapsed pyramid of government short-term bonds. But then nobody thought that would happen in August. Yes, many financial experts have suggested that this will happen, but thought it would happen later.

When the GKO began to tip, Chubais and a group of oligarchs in June and July said that it had received a loan from the IMF, so all the small and remote from the power holders of the bonds calmed down. But then it turned out that the money though, and was translated into support for the financial system, direct the course moved to the accounts of the elected oligarchs and nothing. No one was going to seriously support the GKO pyramid, they just win time to get rid of the papers.

So in August all were faced with the fact that the pyramid suddenly collapsed, and the ruble jumped four times. It happened sooner than I thought even professionals, 99% of whom didn’t want to sell short-term bonds with high profitability and kept for them until recently.

“SP”: — But over the past 20 years Russia’s financial system has become more stable, could this situation be repeated?

— In exactly the same form — no. But I talk about this in detail to show that it is often the events which are waiting much later to occur before all forecasts.

Another sad August for Russia — August 1991 — was more political, but he also played a negative role in the economy, as these events caused a subsequent depreciation of the ruble, the expropriation of deposits Gaidar, and so on. The Foundation was laid then, although was postponed until December. This is a slightly different scenario, but its repetition is also quite possible.

In 1991, the first event occurred, which most regarded as positive, but then began to show its disastrous consequences. In 1998, on the contrary, everyone was waiting for a negative scenario, but didn’t expect it to happen so soon and also at one point left without deposits and savings.

Both of these scenarios should be instructive for today.

“SP”: — And how they can be realized in the current environment?

— If to speak about the scenario of 1991 that might happen is a political and geopolitical event, whose consequences we will feel after a while. It is quite possible — the world situation is tense, we can not exclude unexpected geopolitical skirmishes and “gifts” from the West.

On the streets we have come out some people. So anyway, the situation is tense, and it is impossible to exclude internal or external political event that is able to bring down the current seeming calm.

On the other hand, we cannot exclude the scenario in 1998, and I think it is more likely. Now the vast majority of analysts believe that the new coming world economic crisis, stagnation and falling GDP growth. This is the second drawn wave after the crisis of 2008, which should happen as a reaction to the prolonged financial support of the economies of all countries of the world.

Everyone understands that this is inevitable and will happen sooner or later, and the correction will be strong and can result in a full reset of securities worldwide. Especially in emerging markets, which include our.

It is impossible to say where it will begin this crisis. At this time, hardly in the US, so maybe in China or in Europe. These events can overlap geopolitical scenarios and the fall of the commodities market. We see that now any of the factors, even tension, not able to raise the price of oil above 60 a barrel. The market feels that the price at the current level of threat in order to buy raw materials.

“SP”: — How the crisis will affect Russia?

— Emerging markets are falling, then automatically be reduced and commodity markets. And is in place for the fall in oil prices we all know and understand.

All these world events may coincide with our economic crisis that was skilfully arranged by our government over the last few years. Therefore, our response to these negative manifestations can be even more powerful.

Emphasize, as in 1998, these processes can begin sooner than waiting for the experts, and in a more rigid form. It is not excluded that already this August. The more often very advanced market participants in anticipation of negative events begin to aggravate the situation, to skim the cream.

In any case, in this August should not relax. A bad omen, and both scenarios are quite possible.