Home / economy / The Russian economy has passed the point of no return, when the devalued ruble

The Russian economy has passed the point of no return, when the devalued ruble 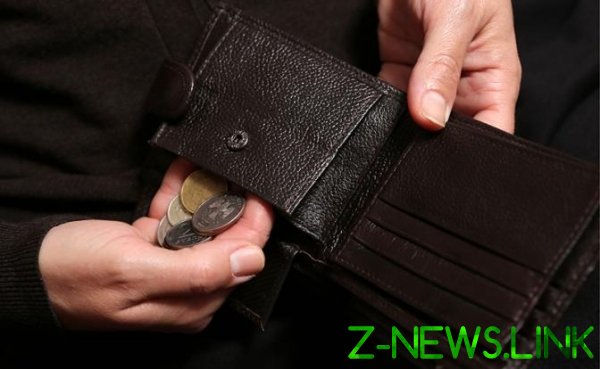 In mid-February, speaking about the outflow of capital from Russia, the analyst of FINAM group Alexey Korenev has noted that Rosstat at the end of 2019 promises the country inflation at 4%.

— However, the Bank of Russia, — he said, — at the end of last year set the target levels for the end of inflation for 2019 at the level of 5-5,5%. But I have a fear that this figure we won’t be able to keep. Most likely, by the end of the year, if not to cheat with the numbers, real inflation will be about 6%, and for selected product categories in General will reach the level of 10%.

And in the midst of the March holidays Federal state statistics service released February data that showed (quite expected from a Pro-government source) — inflation in Russia at the beginning of deceleration. This is the case for the simple reason that in December 2018 consumer price growth was 0.8% in January 2019 — 1%, and in February 2019 — only 0.4%. While the Ministry forecasts inflation by the end of 2019 4.3% and the Central Bank and all hoped that by January 2020 inflation will remain within set target framework to 4%.

It is noteworthy that this approach in determining the rate of inflation independent experts believe, to put it mildly, incorrect (although Rosstat else to consider, apparently, simply has no right). Adequate picture for growth and inflation, they argue, could give a comparison to the same months of different months to each other or the analysis of the annual measure. In this case, the picture is depressing: if at the end of February 2018, inflation was only 0.2% and the annualized then drew at an all time lowest rate at 2.2% at the end of last month inflation reached 5.2%. Simply put, clocked more than twice.

This is not surprising though, because consumer prices are rising significantly. The leaders for this indicator are now food and drugs, that is, the most running goods. Almost not far behind them the building materials and appliances, as well as the main for our country’s crisis goods — matches.

If you still remember, at the end of March ends the agreement of the government with oil companies to freeze gasoline prices, in July there will be another increase in utility tariffs by 2.4%, and the Ministry of economic development has changed the forecast rate for 2019 from 63.9 to 66 rubles per dollar and ahead of the next package of anti-Russian sanctions, it turns out that in Russia began to implement the most pessimistic economic scenario.

— As for inflation, I think that this is a manifestation of the effect laid down by decisions of the government, — podospeli “SP” head of the Center for institutions of socio-economic development of the Institute of Economics, RAS, economist Nikolai Ahapkin. — He is now close to exhaustion. And while the Central Bank suggests its effects will be felt for about two months, until, until you reach the peak, but I guess a significant increase in inflation due to these, so to speak, of man-made factors will be gone. At the same time, the threat of inflation due to factors related to external shocks, went nowhere. However, if any strong external impact is not, then inflation should decrease. But, unfortunately, there are no prerequisites to economic growth that will not create, they are still unformed. We fall into the trap of macroeconomic stability — the economy is stable, but very slow growing and there’s a chance even she left in a minus.

“SP”: — Close to the government experts expect that by the end of 2019 inflation will stay at around 4%. Other independent experts predict annual acceleration to 6% and perhaps even higher. What are your expectations, in your opinion, is the most real?

— All predictions have one thing in common — they never reflect the picture in full. But judging by the fact that the statistics of the last two months, according to what each of us sees in the stores when you got in there, and by the fact that in the middle of the year we are still waiting for another increase in the cost of utilities, I believe the result will be higher than 4%. To say more accurately, is still difficult.

— As for the agreement between the government and the oil companies regarding the price of fuel, — says the leading expert of the national energy security Fund Igor Yushkov, it is likely to be extended. That is, the state will turn into a kind of Russian equivalent of OPEC+, and when it is difficult to negotiate and regulate problematic, but nonetheless. And here. The government is afraid to abandon this transaction because it will lead to higher fuel prices. However, a blind carbon copy of the previous one it is definitely not able to be.

— I think the oilers can get from the state that it still assumed the burden of curbing rising prices. So it either already introduced a floating excise tax, or at least promised to do so. The second option — the government can go on its part to increase the damping of allowances to oil companies for oil refining at Russian refineries and prices are expected to remain at the same level. Moreover, the mechanism for this, as it turned out, inaccurate, and producers suffer losses. The third option, the oil may require some widening of interest rate corridor to price increases. That is the second time in November 2018, just to bring the oil to the Cabinet and ultimatum tone to demand to freeze prices will not happen. One wicket a game will not happen, because the oil already, I think, all went to the President and lobbied their interests.

“SP”: — How will this affect our economy? Consumers feel the change in the end?

— On conflict with the government by refusing fully from the renewal of the agreements, the oil companies, of course, will not go. But the economy is not badly hurt. Because all these measures with tax maneuvers and other ideas were developed when a barrel of oil cost $ 30. Now this is no accident, oil is trading suitable for all around $ 60 per barrel. So, I think the government can sacrifice at least an excise tax. Much of the budget is not hit.

However, the remaining respondents “SP” experts such caution in assessing the current economic situation in the country do not share. In particular, the Chairman of the National Union of protection of consumer rights Pavel Shapkin said that the domestic economy is falling and will continue to fall, because the point of no return it was passed in 2014, when sharply devalued the ruble, because the government gave money to banks, and not sent them to the real sector.

— Deflation is impossible, “he says,” because the needs of the people increased, liabilities increased, the tax burden grew and purchasing power fell. Tariffs have long been through the roof for electricity, water, heat and so on. Plus fines and so on. Loans are also a wonderful thing, we are in the WTO are not allowed into the country “bad American banks” because we have “good banks”, the state, which offer loans at 20% per annum.

— Citizens are in a state of preddefoltnom. I every day see yourself as here and there closed some cafes, closes with some shop, some small enterprise. There is a massive collapse of business. We are getting more and more like Athens during a period of intense worsening of the economic situation in Greece. Remember, closed shops, and not removed garbage. The economy is sorely lacking in the money supply, the deficit is now 75% of the required amount.

— To save the situation can only drastic measures. Save the situation could, perhaps, only the resurrection of Yevgeny Primakov and the measures that he took, increasing the money supply in the country by 60%. Here without them is just not enough, and all slow processes that currently Russian economy is going nor nothing like that nor would our government’s economic bloc. Here and now — the economy should be elementary to pump money, at least from the printing press they come. But not to give them to banks, who immediately, on the spot, just exchange them for currency, and to direct benefits, such as mothers. Because they are absolutely not going to put it in a book, and then spend. If the money spent on public sector wages, military and so on, through this demand stimulated the economy can somehow still get by.

“SP”: — Such obvious things no one sees?

— Our economic bloc in the government did not realize. Instead, there are some local mixed progress — there is inflation, there is deflation, aggravating the overall lack of control of the situation. If this does not happen, the situation is more accurately recalled rushing to the edge of the train.

— I think in the next year. Or rather, already the New year. We have all the time something new is added. For example, the tax began to close small businesses on the basis that they have a legal address does not coincide with the actual. This question 15 years standing, and all this time it has not been decided. But when there was talk about reducing the administrative burden on business, we decided here to reduce, along with a number of businessmen. Those utility companies have begun to put the right and left of the invoice by double-counters, trying to grab something with only one possible. In General, going full chaos.